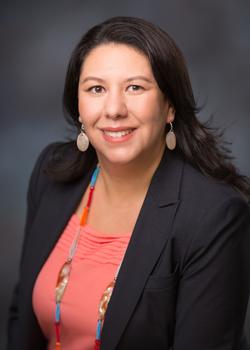 Laura John, a descendent of the Blackfeet and Seneca Nations, began work as the City of Portland’s second ever Tribal Relations Director in 2017.  She brings over 20 years of experience working in Indian Country. She is a former State Policy Fellow with the Center on Budget and Policy Priorities and was formally the State-Tribal Policy Analyst for the Montana Budget & Policy Center, working closely with Native American state legislators and elected tribal leaders in Montana.

As the City’s Tribal Relations Director, she will assist the Mayor, City Council, and all City bureaus in strengthening relationships and coordinating overall policy development with Tribal Governments and the Portland Native American community.

Laura was born and raised in Portland and is honored to have the opportunity to serve her community in this role.