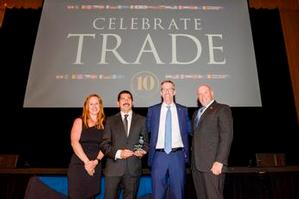 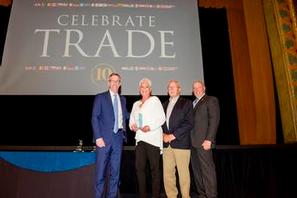 Each year, the Oregon Consular Corps, the Port of Portland, the City of Portland, and the State of Oregon, along with our esteemed associates in international trade and business, host an event as part of Oregon's World Trade Week. "Celebrate Trade" recognizes private sector companies, organizations and individuals that have made a significant contribution to Oregon's standing as a leader in international trade and investment and their ability to create family wage jobs. 2019 marked the 10th anniversary of the event which took place during World Trade Week and Mayor Ted Wheeler made an appearance to recognize some of the region's best businesses operating in international markets. The gala highlights the significant contribution that Oregon's trade-sector companies make to our region's economic vitality and quality of life. With 90 percent of the world's consumers living outside of the United States, the next generation of business and community leaders will increasingly need international relations and language skills, cultural awareness and an ability to grasp the opportunities and challenges of a global economy. The evening gala also raises funds to students from Lewis & Clark College, Oregon State University, Portland State University, the University of Oregon, and the University of Portland. These funds allow Oregon's next generation of leaders to study abroad, gain international experience and expand their own cultural competence as they prepare to enter an increasingly global workplace.