PROJECT OVERVIEW
This new playground project received a grant from the Oregon State Parks. The playground replaced the equipment that was removed for safety reasons. The project will included a traditional play area, improvements to the access from SW 12th street, upgrades to the picnic tables, and the addition of benches. 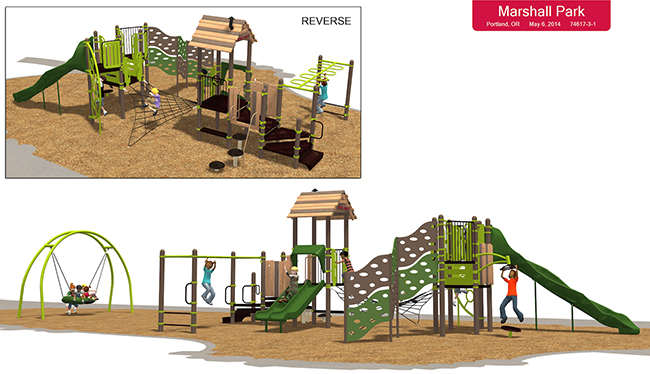