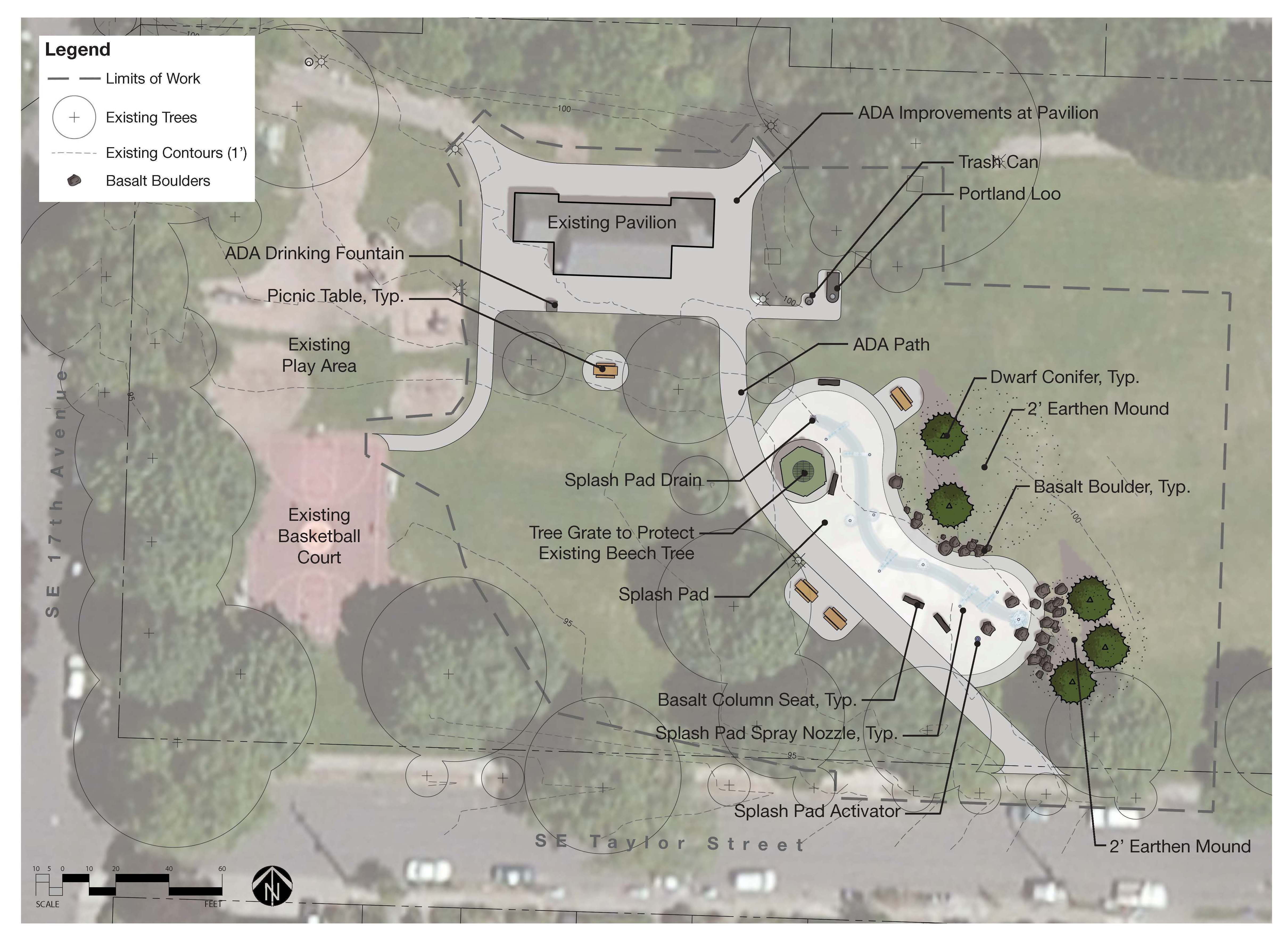 A Portland Loo and splash pad have been installed in Colonel Summers Park. Funding for the Loo is thanks to the Parks Replacement Bond, and System Development Charges (SDCs) funded the splash pad. The splash pad replaces the decommissioned wading pool. The work also included replacing the existing path from SE Taylor Street with a new ADA-accessible route from SE Taylor to the picnic pavilion.

Pavilion Improvement
PP&R secured funding and hired an architect to design the enclosure for the picnic pavilion. A preferred option was chosen after the December 2015 community meeting and shared at the February 2016 Buckman Community Association meeting.

Update March 2017
The gate installation is done, and this project is completed.

Originally called Belmont Park, this site was renamed in 1938 in honor of Colonel Owen Summers, a former member of the Oregon Legislature. Summers was the commanding officer of the Second Oregon Volunteers Regiment in the Spanish-American War. He also introduced the bill which later created the Oregon National Guard.

In the southwest corner of this park there is a huge rock, which came from Kelly Butte. This rock holds a bas relief image of Colonel Summers on a bronze plaque.