At the second Community Gathering on February 12, 2020, we shared the above three design concepts and asked for the community's input. At our final Community Gathering event in May 2020, we will share a draft of the final design for feedback. More details to come soon!

Thanks to funding from System Development Charges, Parklane Park will be expanded from 5 acres to 25 acres. The currently developed 5-acre portion of Parklane Park includes an accessible play area, a basketball court, a Portland Loo, and a softball field. The new funding will allow for ADA improvements to the entire park, plus park improvements for the site's undeveloped 20 acres on the northern side. Funding is sufficient for completion of nearly all elements identified in the 2009 Master Plan (except for the aquatic center).

The 2009 Master Plan will be a guide for the design, and improvements may include: 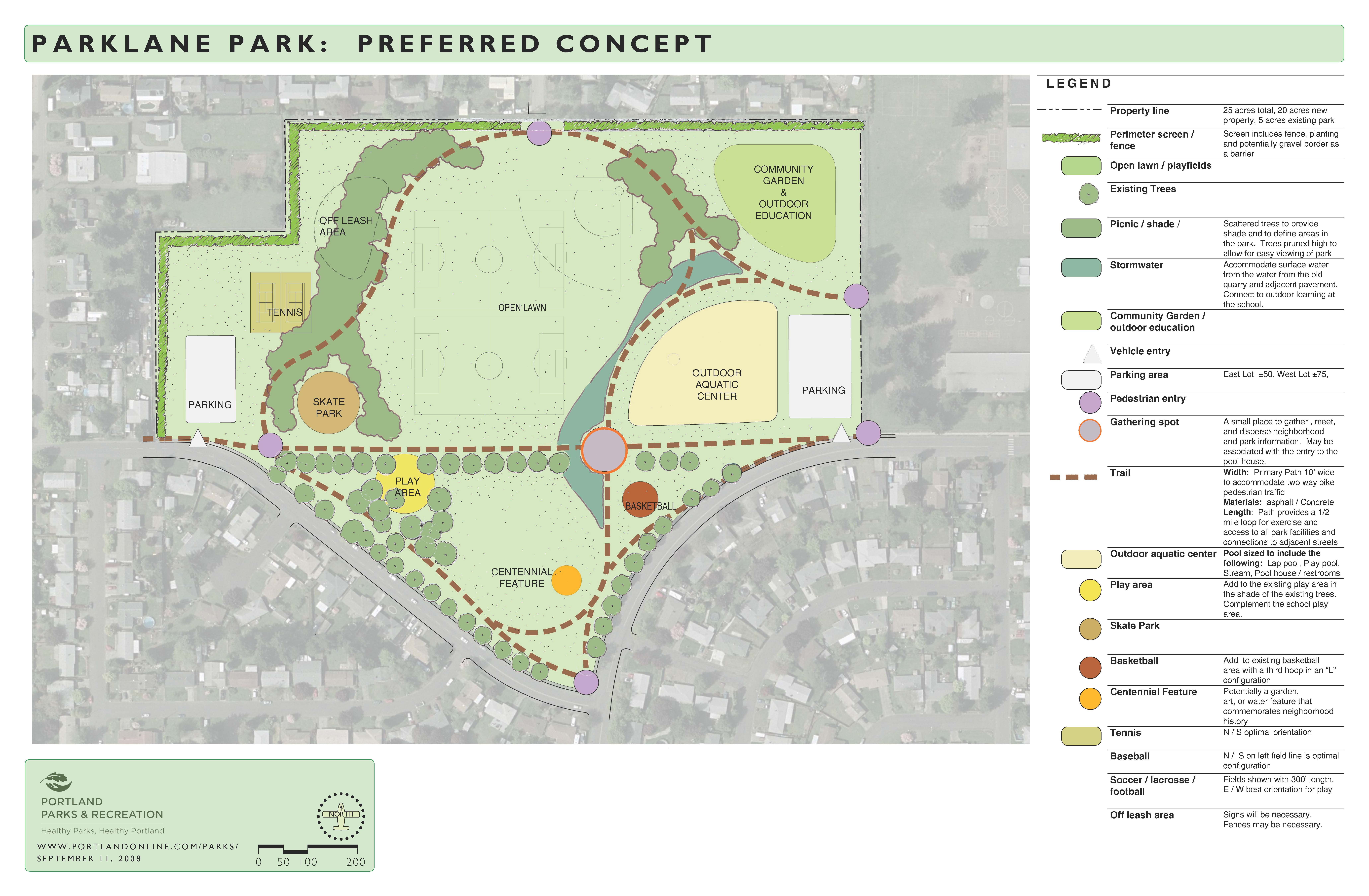 The site of Parklane Park was originally Native American land. More recently, it was used as an airfield, and then as a gravel quarry which was later filled with remnant debris in the 1990s. When the surrounding subdivisions were built in the 1970s, the triangular 5 acre parcel that is now Parklane Park became a Multnomah County park. Local residents planted many of the trees and installed red and white striped playground equipment, which gave the park its nickname “Candy Cane Park.”

In 1993, the park was transferred to Portland Parks & Recreation. In 2006, the City purchased an additional 20 acres to the north, the site of the former gravel quarry. The Parklane Park Master Plan was completed in 2009 and created a plan to guide the construction of the expansion. In 2017, a Loo was installed near the playground with Parks Replacement Bond funds.

There is a significant lack of parks and open spaces and a shortage of recreation facilities in the neighborhood. When fully developed, Parklane Park will serve 2,237 households, including 407 of which do not currently have ready access to any park or natural areas.

In May 2016, Commissioner Amanda Fritz announced $6M in funding to start development of Parklane Park. In the summer of 2018, she allocated an additional $10M, to bring the full project budget to $16M. This will allow for completion of nearly all elements identified in the 2009 Master Plan (except for the aquatic center).