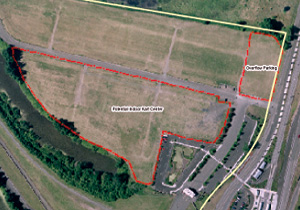 Project Summary
Indoor kart racing is a competitive activity using racing karts that operate at speeds up to 40 miles per hour. Most facilities use gas powered karts. PIR is especially interested in ideas for electric-powered karts. The tracks are usually about 1,000 feet in length with many turns. The facilities use electronic timers and remote switches. They typically handle up to twenty racers at a time with races running about fifteen minutes. The interiors are designed to create an alternative reality so that guests are enveloped with the racing experience. These facilities often have a quick service restaurant or snack bar, meeting rooms, and a bar. The indoor karting facility envisioned for PIR would be different than the typical amusement park track, which uses slower moving karts that are designed for inexperienced drivers engaged in noncompetitive recreational driving. An indoor electric karting facility at PIR would attract a natural audience.

There are about 150,000 active go-kart racers in the United States. The prospect of operating an indoor track right near PIR has three key appeals to investors:

While PIR does attract many motorsports patrons and is convenient to families, these arrive-and-drive patrons would be price sensitive - and kart racing is expensive. For this concept to succeed, it would have to attract large numbers of corporate, group, and meeting clients. Therefore, the facility must have conference space and a bar/restaurant. The design and appearance of the facility must be conducive to stimulating sales to business groups. It cannot be arcade-like because child-toting families simply would not produce enough revenue to cover the high upfront costs of an indoor karting track. It is important to note that similar facilities in southern California, Boston, and Seattle capture 70,000 to 100,000 customers per year.

In 2004, PIR obtained an approved Master Plan for the PIR property from the City of Portland this plan gives it a blueprint for 10-year development and management of the site. It is important to note that the Indoor kart racing facility was NOT included in the Master Plan, so the proposer will be responsible for obtaining the required City planning and building approvals and permits. A review of the masterplan does not indicate substantial land use issues on the site.