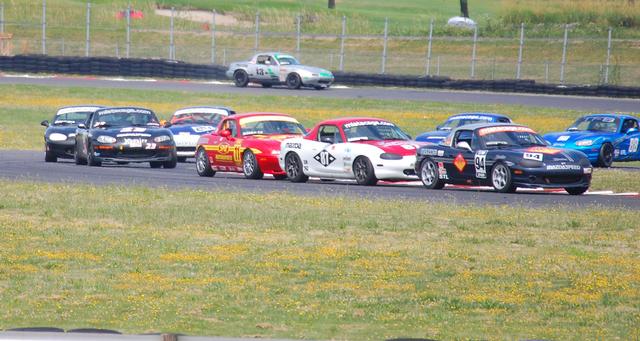 Portland International Raceway (PIR) is hosting an Open House on Sunday, June 26, in conjunction with and benefiting the Friends of PIR organization. Admission is free to attendees and will spotlight the many PIR user groups and the diverse set of activities the venue offers to the residents of the Portland metro area and around the Northwest.

The public is welcome to meet and get photos with special guests including Christian Fittipaldi, two-time and current IMSA Prototype Driver's Champion and Indy Car veteran with Newman/Haas Racing. Fittipaldi is a huge fan of Portland and says he is very excited to be back to meet with neighbors and fans. Another former Indy Car driver, and Portland’s own Parker Johnstone, will bring his 1995 Reynard – the vehicle which won the very first Indy Car pole position for Honda’s racing team.

On-track activities will bring added excitement to the day. Visitors to the Open House can take their own street car for two paced laps of PIR (for a donation to Friends of PIR of $20 per car). And for those wanting to get their pulse rates up, track rides are available in cars ranging from fast street cars, to exotic sports cars to full race cars, including 500 horsepower Porsches and stock cars. Donations start at $30 person and up depending on the car. Helmets and driving suits will be provided as needed.

“This is a day to celebrate all things PIR and have the chance to show off the venue’s versatility”, says PIR Track Manager E.C. Mueller. “We thank our user groups, supporting businesses and volunteers who all pitch in to make this possible.”

Cars on display will include vintage and modern racing cars, true classics and both European and US vehicles. More information about the Open House is available at portlandraceway.com or by calling 503-823-7223.

“Portland International Raceway operates a marvelous array of diverse events which attract visitors from far and wide – all without any General Fund tax dollars,” notes Portland Parks Commissioner Amanda Fritz. “From traditional road races to the spectacular annual holiday lights at the track, PIR is a wonderful destination. I admire the traditions and the versatility of this distinctive Portland venue.”

“The raceway is a unique and exciting part of the Portland Parks & Recreation (PP&R) system, and in fact it is unique in the country,” says PP&R Director Mike Abbaté. “PIR generates hundreds of jobs in the area, bringing business to hotels, restaurants, the shops that cater to PIR users, from bicycle racers to runners to car builders, and generates millions of dollars each year to the regional economy. We are proud to have PIR in the Portland Parks & Recreation portfolio.”

PIR is owned by the City of Portland and is managed within the Parks & Recreation Department. Beginning in 1961 “Portland’s Fastest City Park” has hosted to a variety of events including road racing, motocross, car cruise-ins, drag racing, swap meets, bicycle racing and numerous foot relays and runs. PIR is an enterprise fund, meaning it receives zero City tax dollars while providing entertainment to approximately 350,000 combined visitors, participants and spectators of all ages each year.

About Friends of PIR

Friends of PIR is a 501(c3) nonprofit committed to the preservation and enhancement of Portland International Raceway (PIR) as a resource for those who use it, both participants and spectators alike; sustaining and expanding PIR's civic contribution as an institution in north Portland; providing guidance and support for the ongoing management of PIR in a manner that assures its ongoing value as a venue for motorsports and other diverse forms of recreation and entertainment.