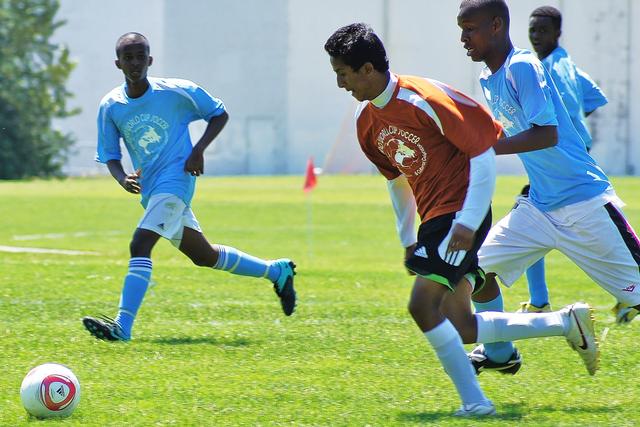 The Parks for New Portlanders Program is hosting the 7th annual Portland World Cup Soccer Tournament at Portland Parks & Recreation’s Delta Park on Friday, July 22 and Saturday, July 23, 2016 from 9am-5pm. This popular annual tournament aims to build community, to celebrate diversity and cultures from around the world, and to help integrate refugee and immigrant communities into their new lives in the Rose City.

“The Portland World Cup Soccer Tournament is a wonderful, multicultural celebration,” says Portland Parks & Recreation Director Mike Abbaté. “It’s a way for young people who are new to both Portland - and to the United States - to become engaged with and connected to City tools and resources. We at PP&R are delighted to welcome all players and fans and to celebrate diversity in the universal language of soccer!”

Oregon Senator Ron Wyden, Portland Mayor Charlie Hales and community leaders will attend the opening ceremony on Friday, July 22, at 9am. Twenty-three teams (more than 400 recent refugee and immigrant players) will take part in this year's tournament. Players hail from a wide variety of countries and cultures which are establishing vibrant communities in Portland.

This tournament celebrates community building, civic and economic engagement, diversity, partnership, self-sufficiency and integration of recent immigrants and refugees. It also connects newcomer families and communities to public services and resources, and to the broader NW Oregon community to which they now belong.

For new Portlanders, love of soccer crosses borders and languages. The game helps people who are new to Portland engage with the city’s culture and communities. For young soccer players, teams provide community and valuable social support, encouraging positive choices during the transition to a new life. The soccer tournament itself is a celebration of turning challenges into opportunities, and of building unity.