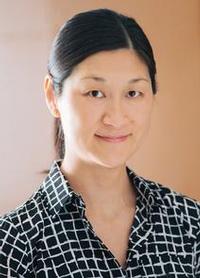 “Soo’s range of experience, her passion for our bureau's mission, and her belief in the power of art and culture will be tremendous assets,” says Eileen Argentina, Portland Parks & Recreation Services Manager. “Her efforts will help to improve and enrich people’s lives, and contribute to a better and more inclusive Portland."

Arts and culture play a vital role in Portland Parks & Recreation’s mission. The bureau has four arts facilities, arts programming in several urban parks, and around 250 free annual events in the wildly popular Summer Free For All series.

“Community art, parks, and public service - I honestly couldn't have dreamed up a more perfect job”, says Pak. “I am so thankful to Portland Parks & Recreation for the opportunity to serve our city's vibrant and diverse communities through programs that embrace creativity, the imagination, and play."

Pak has dedicated her entire professional life to the nonprofit arts. Prior to moving to Portland, she served in high-ranking positions at the Brooklyn Academy of Music (BAM), a large-scale performing arts and cinema center. She also worked at New York’s French Institute Alliance Française in marketing and communications, served with the Museum of Fine Arts in film programming in Boston, and at the Boston Center for the Arts in theater management. Pak grew up in northern Virginia; spent her young adulthood in New York and Boston; and moved to Portland in 2014 - where she says she has never felt more at home.

Pak lives in southwest Portland with her husband (an artist) and daughter. They enjoy hiking as a family and spend a lot of time at the nearby Gabriel Park and Southwest Community Center.