These additional funds help fund other aspects of a transformative project at Leach Botanical Garden, a unique regional destination. 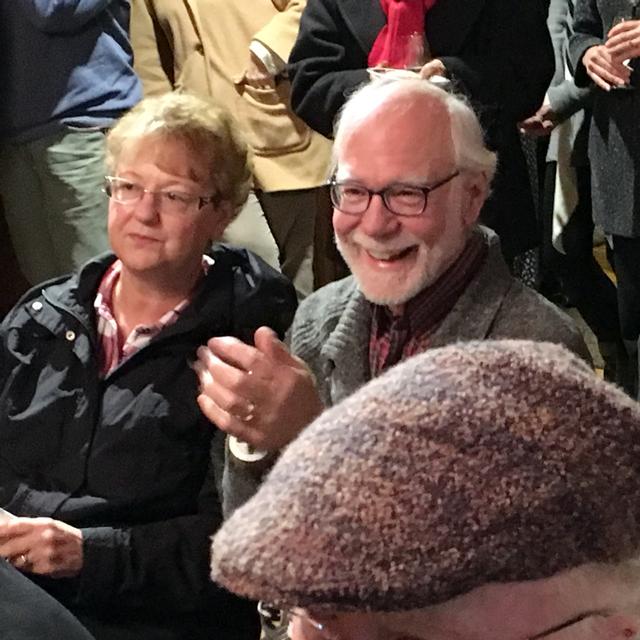 "I am grateful for the support from Metro, PDC, and Leach Garden stakeholders," says Commissioner Fritz. "Fundraising by the non-profit Leach Garden Friends, additional SDC funds that I am committing as a match, and strong advocacy by the East Portland Action Plan and other east Portland grassroots supporters will help create a world-class botanical gem. The Master Plan envisions creation of spectacular opportunities for economic development, educational recreation facilities, cultural amenities and community gatherings in park-deficient east Portland. Just as the Washington Park Rose Garden, Japanese Garden, and Lan Su Chinese Garden on the west side draw visitors from around the region and serve as attractions for tourists, I believe Leach has the potential to create a similar scale of excitement and interest as a unique and treasured park asset on the east side of the City.  Investments at Leach will help reduce the disparities between park services in east and west Portland."

“The potential of this special place as an urban sanctuary is immense,” says Portland Parks & Recreation Director Mike Abbaté. “It will be a destination for science, for cultural enhancement, and for connecting people to both each other - and to nature in the city.”

The Leach Botanical Garden Development Plan, achieved through extensive recent public involvement, calls for a pedestrian trail network, including connections between the Upper and Lower gardens, a woodland hillside garden with an aerial “tree walk”, a pollinator garden, public gathering spaces for educational and cultural opportunities, water-efficient landscaping and durable, diverse and aesthetically pleasing plants and materials. Metro, the Portland area’s regional government, has designated their grant funding towards the new pollinator garden.

“Metro is pleased to help the improvements at Leach,” says Metro Councilor Shirley Craddick, “so that the Garden can grow and continue to thrive as a place for beauty, relaxation and reflection.  We know this vision was conceived when PP&R acquired the site more than 30 years ago, and it is exciting to know that at Nature in Neighborhoods grant can help the vision become a reality.”

PP&R funding for the projects at Leach Botanical Garden comes not from General Fund Tax dollars, but from System Development Charges (SDCs).  These are one-time fees assessed on new development. SDCs help ensure that Portland's quality of life keeps pace with our growing and changing city by providing additional parks and recreation facilities needed to accommodate growth. Park SDCs are restricted by law towards expanding capacity only (rather than to maintain or repair existing park facilities).

“When I was Commissioner-in-Charge of Parks, I fell in love with Leach Botanical Garden, a jewel of east Portland,” says Portland Commissioner Nick Fish. “It is exciting to hear of this generous Metro grant, and of Commissioner Fritz’s challenge. I offer thanks to her, and my support to the Leach Board and Leach Friends as they work to raise the funds needed to move forward on this key project.”

“When the late Charles Jordan was Commission-in-charge of Parks,” says Leach Garden Executive Director David Porter, “he came to Leach before it was developed, and is said to have remarked that the property was ‘a little jewel’, and that ‘we can’t let it go.’ Of course, he was completely correct. And thanks to the City of Portland and Metro, we have the finish line for this catalytic project in sight. I look forward to robust fundraising efforts.”

As Portland Parks & Recreation commits to new parks in communities where none currently exist - and to expanding and enhancing other parks - many existing parks are at a crossroads. For decades, PP&R operating funding has been cut or remained flat, forcing the Bureau to postpone rehabilitation and maintenance in every neighborhood throughout the City.  Despite the 2014 Parks Replacement Bond, passed by voters with overwhelming support, the list of needs across the PP&R system is huge, and grows every year that we don’t address it.  PP&R has anticipated unfunded maintenance needs totaling nearly $250 million over the next 10 years. The beautiful parks we love to visit are being held together by thousands of volunteers and wonderful employees going above and beyond the call of duty. PP&R has additional and unfunded growth needs of approximately $472 million over the next ten years.