Join Dave Hedberg, Urban Forestry, and the Hillsdale Tree Team for a
a walk & talk on the historic trees of the Dosch Estate

“Who plants a tree knows not, nor thinks for whom
That tree may bloom;
But some one coming after him will bless
His thoughtfulness.”

--- Henry E. Dosch, Report of Oregon State Board of Horticulture, 1899

Dosch’s experimental walnuts from his article in “Better Fruit,” August 1909.

Most of us would not recognize the name Colonel Henry E. Dosch, but odds are almost everyone has encountered one of his horticultural achievements. A favorite snack for both humans and squirrels alike, we’ve all seen the ubiquitous English walnut (Juglans regia).  Maybe you have this tree on your street or yard.  Perhaps you’ve discovered a sprouted nut in your garden, the forgotten cache of that rotund rodent. The point is nearly every day we are all dealing with, for better or worse, the accomplishments of Colonel Dosch. 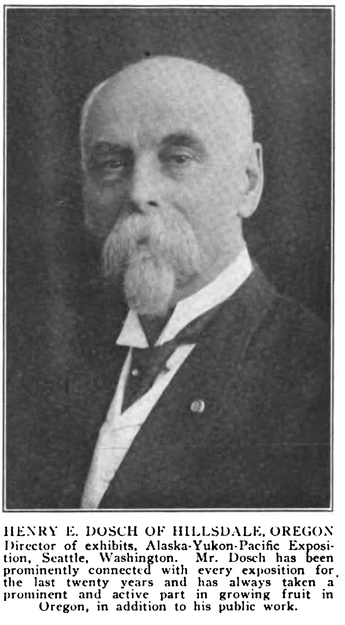 From Henry Dosch’s article, “Walnut Culture in the Pacific Northwest,” 1909.

In the nineteenth century, when no one believed the Willamette Valley could sustain English walnuts, Dosch experimented with grafting and popularized the Franquette and Mayette varieties of walnut here in Oregon. His success initiated one of the state’s most profitable horticultural industries at the time.

Henry E. Dosch was a fascinating historical figure. He was a German immigrant, civil war soldier, pony express rider, gold buyer, Portland business leader, organizer of the Oregon Horticultural Society, Director of Exhibits for Portland’s 1905 Lewis and Clark World’s Fair, and a lover of trees. Dosch “retired” on his estate “Villa Eichenhof,” German for the house under the oaks, in in the present day Hillsdale Neighborhood. On his estate, Henry conducted numerous horticultural experiments, grafting walnut, prune, apple, pear, and many more types of trees on the property. He traveled the world, publishing papers for the State Board of Horticulture, and investigating new plant varieties that might bolster Oregon’s horticultural industry. 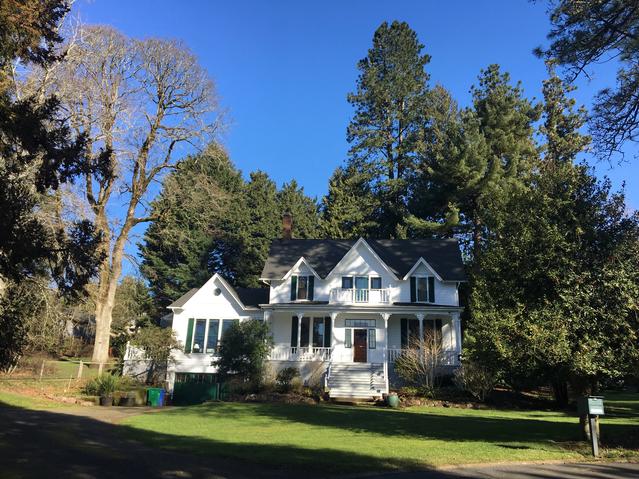 Today, the house and many of the trees on it still reflect his love of horticulture. Using photographs and records from the Henry E. Dosch papers at Multnomah County Library we will use the trees on the Dosch Estate—living artifacts— as a lens to understand how human history and the natural world are inextricably connected. Weather permitting, we will go on a short walk to see the trees, one of which is a Yellow bellflower apple, Malus domistica. Recognized as a Portland Heritage Tree and an Oregon State Heritage Tree, it is the oldest living grafted apple tree in the west!

Still reading? Join us on this adventure! Register here!

For more information, or if you have something you want to talk about, contact:
Mason Wordell
Tree Plan Coordinator and AmeriCorps member
Mason.Wordell@PortlandOregon.gov
(503) 201-3133