Dave Hedberg is a Historian with Outdoor History Consulting in Portland, Oregon. He is currently researching the history of beautification efforts in the Albina Neighborhood. If you have stories to share about Albina's history, please reach out to him!

"You are the key to improving your neighborhood." 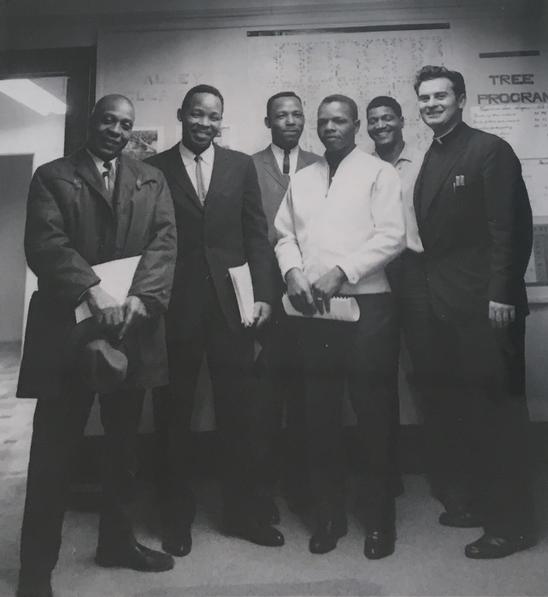 Often, history fails to recognize the contributions of seemingly average people. However, here in Portland, you can see examples of work that dedicated Portlanders have accomplished every day, just by walking down the street. That is, if you know where to look.

In 1961, a self-organized group of Albina area neighbors made a lasting mark on their neighborhood when they organized a well-planned tree planting program. In their own way, this small group of people gave birth to the Neighborhood Tree Team and inspired generations of community leaders in Portland's urban forest. Their work, which many of us continue, should not be forgotten. 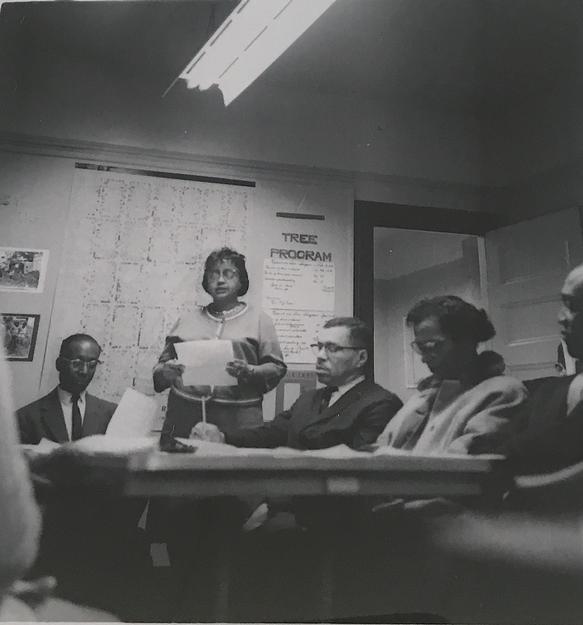 Albina Neighborhood Improvement Program, March 1964. Note the Tree Program on the board. City of Portland Archives, A2010-003.2388.

Concern for trees was only a small part of the Albina Neighborhood Improvement Project (ANIP). In the 1960s, the Albina neighborhood was suffering from a serious lack of City investments, poverty, and lack of green spaces.

Urban renewal projects, like Memorial Coliseum and Legacy Emanuel Hospital, had disproportionately displaced people from the African American community. Prejudicial lending practices limited African Americans to buying homes in the Albina area, and banks restricted their access to credit for home loans, repairs, and even business loans. Upper Albina community members worried that their neighborhood was next for demolition.

The grass-roots Albina Neighborhood Improvement Program started addressing the decades of disinvestment. Local community leaders secured federal funding for much-needed improvements that many of us take for granted today, like:

Dozens of Block Group Leaders managed various projects while even more volunteers took action by helping their neighbors clean up and beautify Albina. 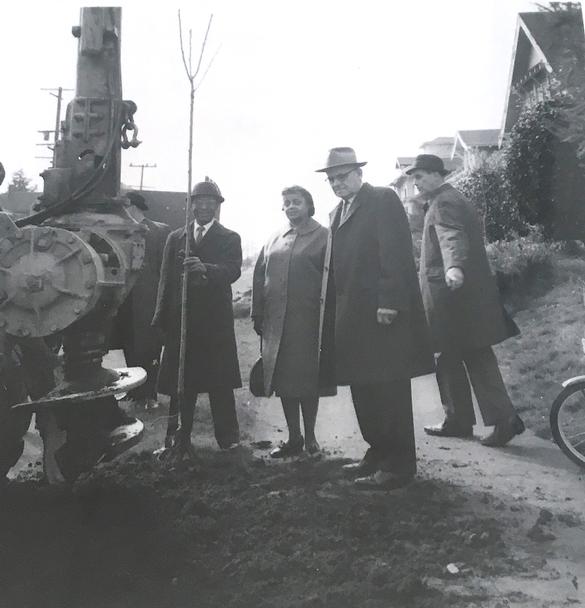 Applying for their own funding, the program removed large-form trees from the small 3.5 ft. planting strips. They replaced these trees with a mix of:

They secured support from Portland General Electric and Pacific Power and Light to grind the stumps and dig planting holes for the new cherries. Almost all of the trees were supplied by nursery owner Wayne Mellot from Forest Grove, Oregon. You can still see some of the spectacular flowering cherries that bloom every spring. 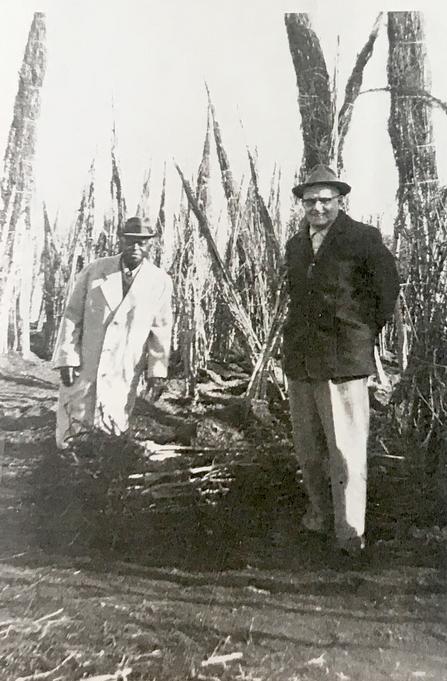 The program, which also included pruning work parties, was so successful that it grew over the years, expanding the number of trees pruned, removed, and replanted to over 1,100 trees by 1972!

Other neighborhoods like Woodlawn, Humboldt, King, and Irvington were inspired by ANIP’s Tree Committee and began forming their own tree planting programs with funding from the federal Model Cities Program. These 1960s and 1970s community-led plantings, in part, inspired the creation of the Urban Forestry Commission and Urban Forestry. 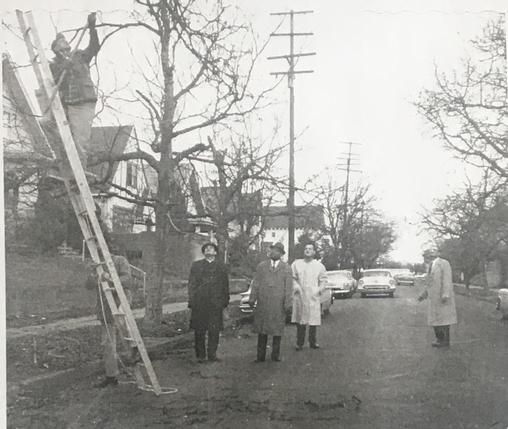 With about a dozen Neighborhood Tree Teams working as stewards of the urban forest today, many may have forgotten the historical legacy of the extra ordinary Albina Neighborhood Improvement Project.

You can see the legacy of improvement that committed volunteers all across the city have left for future generations. As you walk down the street enjoying our urban forest, remember that many of these trees are reminders of past community members, just like you! 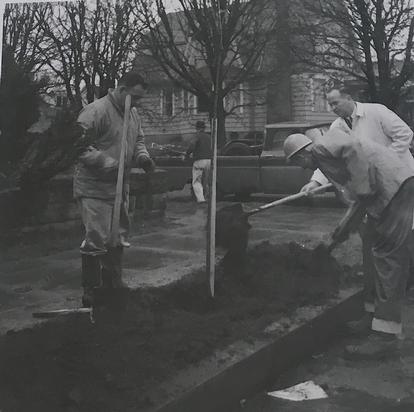