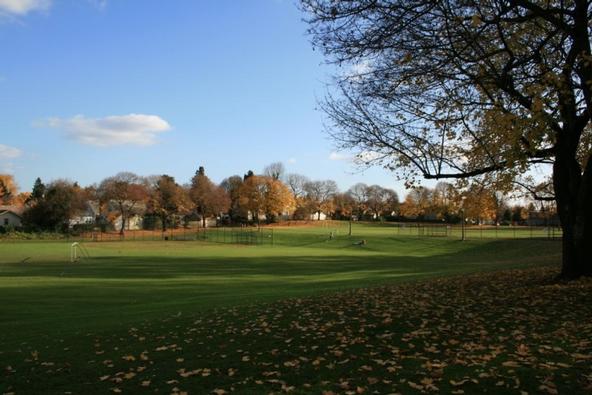 Irving Park and the Irvington Neighborhood are both named after William Irving, a Scottish steamboat captain in the 1800s who pioneered steamer travel in the Pacific Northwest. He moved to British Columbia in 1859 but his sister-in-law and her husband took over his home, Shaver House. In 1872 after his death, his wife and daughter, both named Elizabeth, returned to Portland. The younger Elizabeth built and lived in the Spencer House, which is still standing today and is the oldest house in Irvington.

The area that is now Irving Park was home to a track for thoroughbred racing, Irvington Racetrack, in the late 1800s. The park boundaries today contained stables used by the race horses, as well as for horses owned by neighborhood residents. For a short time in 1898, the track was requisitioned as Camp McKinley for Oregon National Guard troops headed to the Philippines as part of the Spanish American War. Racing ceased when the land was platted in 1907 to become Prospect Park.

More recently, Irving Park was a central fixture in Portland’s African American community, by being situated in what was referred to as the Albina district, which saw a dramatic rise in its Black population beginning during World War II. In 1948, the Columbia River flooded and 18,500 people living in Vanport, many of them African American, lost their homes and had to find housing in Portland. Many of these displaced people settled in the Albina district as a result of redlining – a discriminatory practice enacted by the city that prevented banks and realtors from granting housing loans and/or selling the property to minorities in white neighborhoods. By the start of the 1960s, redlining confined 80% of Black Portlanders to Albina. 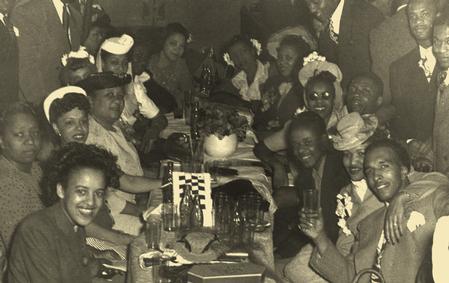 With its influx of new residents, Albina had community centers, jazz clubs, restaurants, music stores, and other community fixtures, however, in the mid-1950s, city officials singled Albina out for urban renewal, citing “blight”. Plans were drawn for Interstate 5, the building of Memorial Coliseum, and an Emanuel Memorial hospital expansion, which was later abandoned. The construction of the freeway and Memorial Coliseum resulted in the demolition of 1,100 homes and hundreds of businesses and residents were given 90 days to relocate. This was seen as forced removal of Black residents. 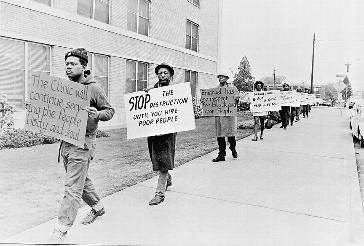 The summer of 1967 is referred to as the ‘long hot summer’ because more than 150 uprisings broke out across the United States. Hundreds of Black Americans died at the hands of local police forces and thousands more were arrested. On July 30th, 1967, Portland saw a similar altercation between young Black civil rights activists and the Portland Police Force. The Portland Mercury wrote a feature about this piece of Portland history in June. All in all, two days of protests and aggressive, heavy-handed policing led to 140 arrests, 26 fires, and 6,900 law enforcement officers (Portland Police and National Guard) on reserve for 300 protestors. 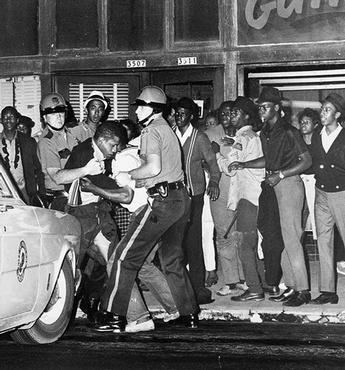 In the 1970s and 80s, gangs and drug dealers moved into Albina after several years of neglect/disinvestment by the City and housing abandonment as Black neighbors moved out (mostly to east Portland and Gresham). After deeming Albina ‘blighted’, the City applied for federal urban renewal money (Model Cities Grants) and did a redesign of Irving Park in 1972. The urban renewal project included offering loans and mortgages at discounted rates, so Albina saw population growth again in the 1990s, but this time, the influx was mostly white. This ushered in the gentrification that we are still seeing today.

If you are interested in learning more about this park, its trees, and the communities around it then please register for upcoming Parks Tree Inventory Workdays in Irving Park!