Join Portland Parks & Recreation Urban Forestry to map, measure,
and identify all of the trees in Ventura Park!

Ventura Park’s development along Stark Street wasn’t accidental. A short history of the landscape reveals that it has long been kept as an open space by individual citizens over the years. 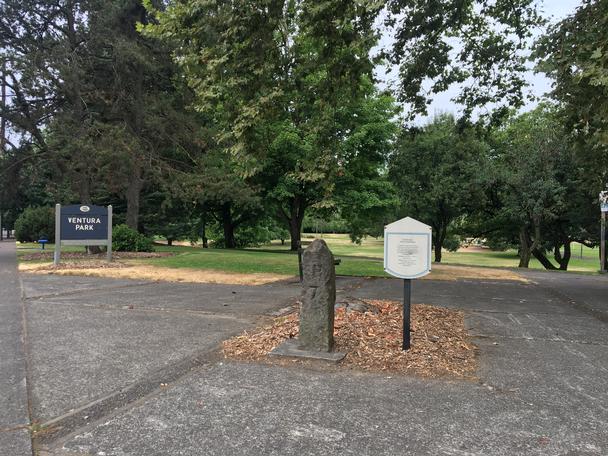 The park contains one of the state’s oldest monuments: A stone mile-marker installed sometime after 1854. During that time, the area was mostly small farms and Donation Land Claims. Local farmers wanted a road to get their crops to Portland markets. Clackamas County officials (Multnomah County was later carved out of Clackamas and Washington Counties) agreed to build Baseline Road along the Willamette Baseline, which later became Stark Street.

But the road is even more significant. All land in Oregon is measured from this line and road. If you live in the Pacific Northwest, then your land’s legal description is either north or south of it. After 1854, road builders set a series of stone obelisk markers every mile from the east bank of the Willamette River at the Stark Street ferry all the way out to the Sandy River. The markers helped travelers estimate their trip in horse carts down the dusty and bumpy Baseline Road to and from Portland. Ventura Park contains mile marker “P-7,” meaning that if you were headed to Portland your trip had seven more dusty miles to go till you reached the ferry. Odds are that many a farmer took a break here on their trip to and from Portland! 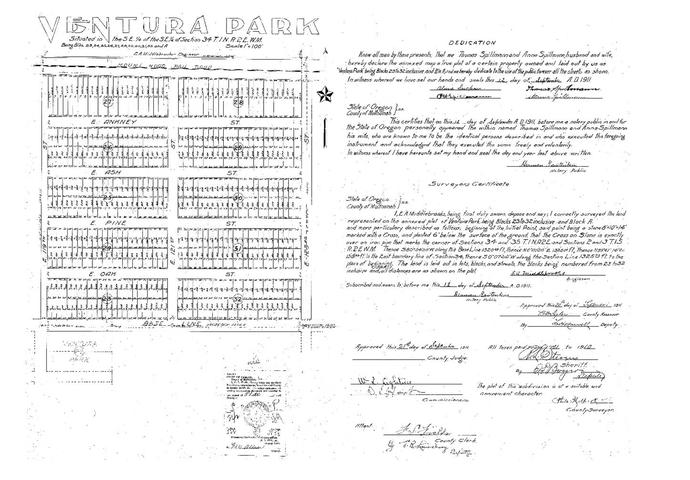 The land that contains the park was prime farmland with great road access for a century. However, changes were underway in 1911.  That year, Thomas and Anna Spillmann, and L. R. Lewis took their farmland just south and east of the park and platted a neighborhood development. Speculating that the city would grow east, they created the Ventura Park plat in unincorporated Multnomah County by dividing their land into 29 blocks of 2,500 square-foot lots. Sales were slow, with homes popping up in after the 1920s. But for the most part, lots remained vacant until after World War Two. 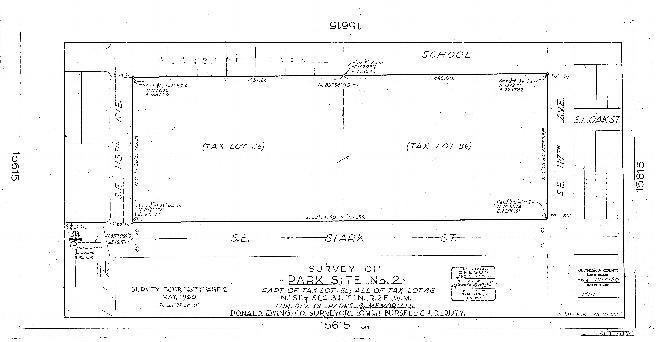 Ventura Park in its early phases as a Multnomah County Park, May 1960.

Yet, the land where the park now sits remained farmland. Owned by Victor and Helene Welbes, the couple operated a small berry patch with prime visibility on Stark Street. Car travelers down Stark Street might have pulled over to buy some berries in the summer.  By the 1950s, the Welbes increasingly found their farm surrounded by a fast-growing post-war suburban neighborhood, and growth necessitated new schools and infrastructure. So, in 1959 the Welbes sold their farm to Multnomah County for a park and school.

In 1963, Multnomah County selected the land acquired from the Welbes for a “Showplace” park in the county’s new neighborhood park program. Pooling federal grants with local schools and parks funds, a new program connected county parks with schools in unincorporated areas to help serve residents outside the city. Although innovative, the program constantly lacked funds and disagreements over maintenance between the county and school district ensued. Still, Ventura Park and the adjacent Ventura Park School were named for the nearby neighborhood, signaling the belief among officials that people outside the city still deserved places to live, play, and be educated near where they lived. (1) 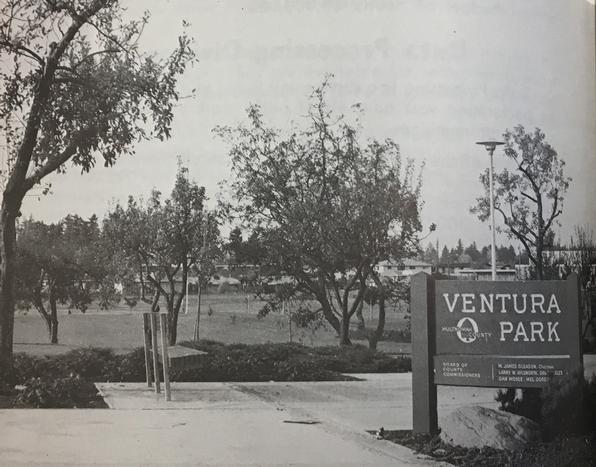 County officials hired landscape architect David E. Thompson to design Ventura Park’s landscape and facilities. Thompson’s budget of $113,537 dedicated $11,000 to the planting of trees and shrubs, with an impressive array of deciduous and evergreen specimens. Planting maps and records show Thompson wanted 129 trees planted in the park, but the records do not contain the final planting list. The upcoming Ventura Park Tree Inventory will not only identify every tree in the park but will also help us understand what trees Thompson may or may not have planted. 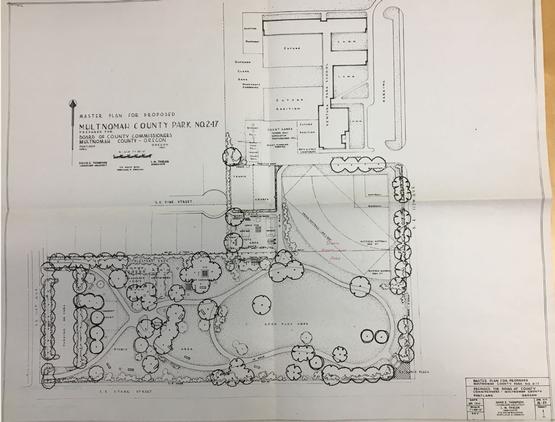 When Portland annexed areas of east county in 1986, Portland Parks & Recreation assumed management of Ventura Park. The following year, the annual “Fun-O-Rama” carnival started in the park and many summer concerts have since occurred here over the years. The park itself has changed hands many times. But from farms, fields, to a park, for over 150 years this piece of land has been an important resting place along one of the region’s oldest continuously used roads. 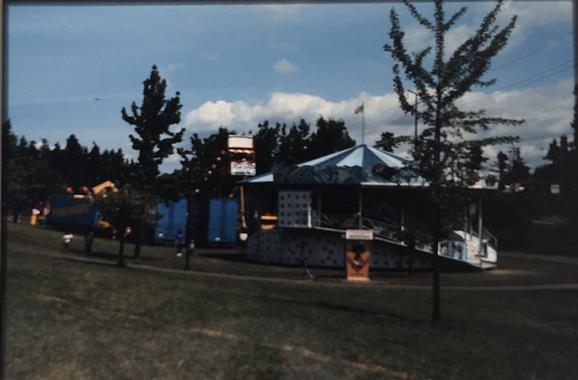 Take a trip down Stark Street and come join the Ventura Park Tree Inventory! Register here to join us on September 9th.