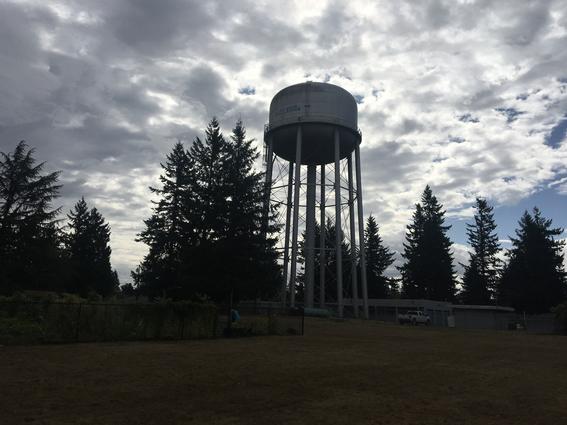 Clustered stands of Douglas fir are defining features of east Portland neighborhoods like Hazelwood. These tall firs stand on both private property and public rights of way providing towering shade and numerous environmental benefits year-round.  Their environmental benefits aside, these trees are also central to the area’s cultural history and credit a nineteenth-century naturalist. 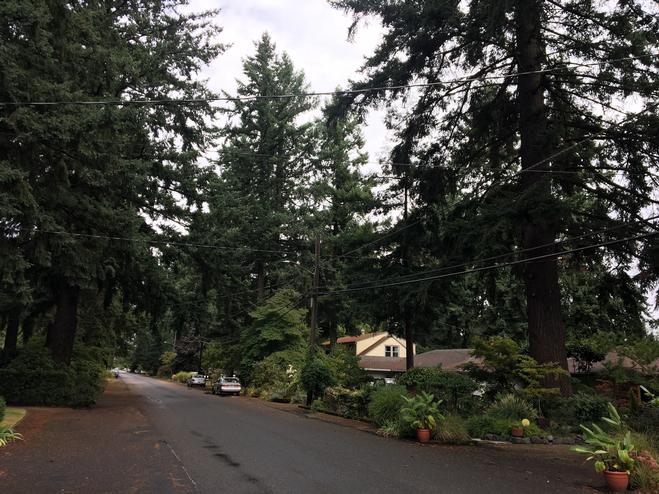 Many of east Portland’s neighborhoods are built amongst groves of Douglas fir.

The tree’s common name honors David Douglas, a Scottish botanist who spent several years in the 1820s traveling the forests of the Pacific Northwest collecting plants and seeds for the Royal Botanical Gardens at Kew. Douglas, satchel on his back, tromped through the Columbia River Gorge and deep into the interior Norwest and California cataloging and classifying more than two hundred plants and animals he encountered—many of having names that credit him. 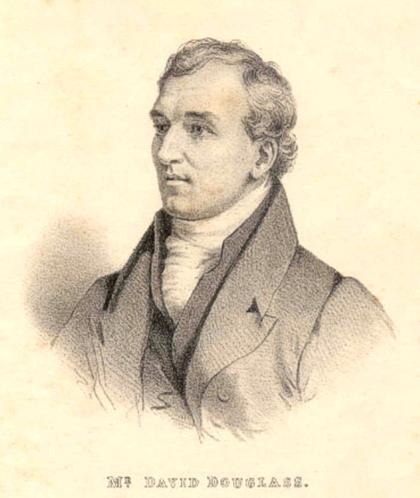 For all his Pacific Northwest contributions to Linnaean taxonomy, a strange mystery tree stumped him.  Its needles bore a resemblance to the yew, its bark like the hemlock, wood of a larch, and cones similar to a spruce. Douglas thought it “one of the most striking and truly most graceful objects of Nature.” His predecessor, Archibald Menzies, had encountered it in 1793 off Vancouver Island and Aylmer Lambert classified it as Pinus taxifolia in 1803. Douglas dedicated the first chapter of his monograph Some American Pines to a robust discussion on classifying this mysterious and ubiquitous tree of the Pacific Northwest. Now known as Pseudotsuga menziesii, this false hemlock’s Latin name honors the European collector Menzies, while the common name, Douglas fir, on the honors David Douglas for his shipment of seeds back to the Kew Gardens. 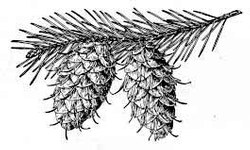 David Douglas described the cones as “ovate, pointed pendulous in clusters at the extremities of the twigs.”

Today, most Douglas firs in east Portland are not old growth and it is unlikely that Mr. Douglas traveled directly through this area, instead preferring a speedy canoe on the Columbia. Instead, these trees are second and third generation regrowth from the twentieth century. At that time, this area was a rural farming community with scattered grange halls and schools acting as community centers. Farming families often set aside portions of their farms for woodlots, letting these firs grow to be harvested for firewood, building, and as windbreaks from the infamous east winds.  In the 1950s, the area experienced a housing boom and affordable Ranch-style homes were built among the remnant woodlots with larger backyards and no sidewalks, which gave the trees ample room to grow. 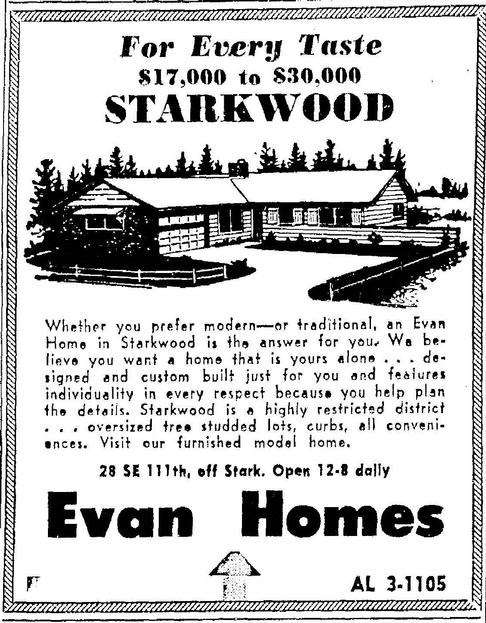 The Starkwood development listed its “oversized tree studded lots”
as a primary selling feature in this June 30, 1957, Oregonian advertisement.

These suburban neighborhoods were part of unincorporated Multnomah County.  In 1950, the atomized communities of Gilbert, Russellville, and Powellhurst combined as Union School District. In 1952, the school board met and decided to rename the district after the Scottish botanist David Douglas because of the abundance of these firs in the community. The trees were a cultural symbol that unified the district. 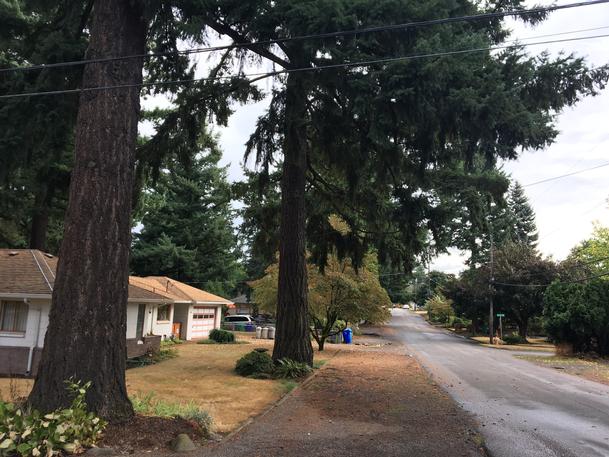 Many residents note they “live in David Douglas” because of the trees that helped name their school district.

Generations of residents in the David Douglas School District have spent their lives under these towering fir groves. The trees are defining features of this part of east Portland and offer an important reminder that the development of affordable postwar suburban housing also considered giving room for these trees to grow. Additionally, the state of Oregon has recognized the Douglas fir as the official state tree since 1936. Today, these trees still hold a significant place in the neighborhood's identity.