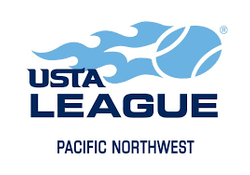 USTA offers the most comprehensive year round leagues. The Portland Tennis Center hosts upwards of 15 teams a season.

World Team Tennis (WTT) is a summer coed league that uses 16 tennis sites throughout the city. The season starts in late May and runs through late August. Portland WTT consists of co-ed teams competing in six sets - men's and women's doubles, men's and women's singles and mixed doubles. Total games won from all sets determines the winner. Substitutions and coaching are allowed during the match.

City League -  Looking for some friendly competition? Enjoy being on a team? City League Tennis is just what you need! We offer women the opportunity to enjoy social but competitive tennis through the cooperation and assistance of tennis facilities throughout the Greater Portland area. City League Tennis is an exciting organization that brings women together for food, fun, socializing, and competition for their tennis game!

City League teams are formed at each of the participating tennis facilities with teams at every level of ability. All matches are played indoors either on Tuesday or Wednesday during the day. Match play begins in September, concluding in May with awards and prizes for winning teams.

Currently PTC hosts teams playing in the A, C, F, and H divisions.

League Balls
PTC will provide 1 can of tennis balls per match and all tennis balls provided must to be returned to the front desk after the match has been completed or your doubles team will be charged a ball fee of $3.

NTRP League Levels
(NTRP Ratings Strictly Apply)League Director reserves the right to move any player from their selected division to the appropriate division level prior to the start of any league.

Registration
Sign up through Portland Tennis Bookings or contact the front desk at 503-823-3189. League payment must be paid PRIOR to the start of the Session(No Exceptions). Please pay through the front desk.

League Length
Session runs for 8 weeks (Week of April 2, through week of May 21\)

Alternates
Each league session will have a minimum of “2 alternates and a maximum of“4 alternates” to substitute for a player if they are unable to compete that week. Alternates will not incur any charges to play to be on the alternate list, but they must be flexible and able to play with a 24-hour notice from the league director.

Weekly League Doubles Pairings and Positions
After the 1st week, placement on the league ladder will be determined by director inputting your total games won and lost into an excel formula that calculates your running total win/loss percentage. Weekly partners will be determined by who has the highest win/loss percentage and you will be paired each week with the player nearest to your percentage moving from highest - lowest.

Scoring Format
5 Min Warm-Up. Best 2 out of 3 sets (no add scoring), 7-point tie-breaker to determine a winner after split sets. If a match is not completed, the team who is ahead wins. In determining the winner of a game that is incomplete, the team that is ahead in that game wins the game.

Reporting Scores
One designated player from the winning team and one player from the losing team must email Bret Bowers at bret.bowers@portlandoregon.gov with the score the following day.

Match Cancellation Policy
League Participants must give a minimum 24 hours’ notice if they are not able to compete that week or they will lose 6 games from their running total win/loss percentage. If an alternate cannot be attained, the player without a partner will not win or lose any games and his % will remain the same.NO SHOWS will lose 12 games, OPPONENTS of No Shows will play singles.

League Awards
League awards will be given to the 2 highest win/loss percentage male and female holders at the end of an 8 week session and a Sportsmanship Award will be given to 1 Male and 1 Female player overall who demonstrated the highest level of on and off court sportsmanship throughout the league session. League High Percentage Winner Option: The highest percentage score in each division will be given the option of moving up to the next level for the Night Flight Leagues only.

League Refunds
No refunds will be given for cancellations 7 days or less prior to the league start date.

NOTE: If we don’t have enough sign-ups that allow for “all doubles matches” (i.e.; 14 players instead of 16), we will rotate a different singles match per week counting toward your overall win/loss percentage.