Portland Parks & Recreation (PP&R)’s Parks for New Portlanders Program is hosting the 9th annual Portland World Cup Soccer Tournament at Delta Park on Friday, June 29, 2018 and Saturday, June 30, 2018, from 9am to 5pm both days. This year’s tournament features a record 30 teams of Portlanders who are refugees and immigrants. Portland Parks Commissioner Amanda Fritz and other guests will give brief remarks at the opening ceremony. 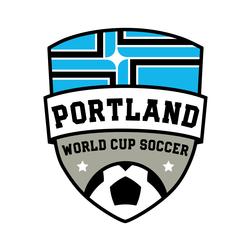 “The record number of teams taking part shows the success of this innovative program reaching traditionally underserved communities,” says Portland Parks Commissioner Amanda Fritz. “It is wonderful to see the popular annual Portland World Soccer Tournament help to build community, to celebrate diversity and cultures from around the world, and to help smooth the transitions for refugees and immigrants into their new lives in the Rose City.”

Thirty teams, the most in the tournament’s history, will take part in this year's tournament. The record number means that around 500 recent refugee and immigrant players will come together and play more than 60 games. Players hail from a wide variety of countries and vibrant cultures.

“The love of soccer crosses borders and languages,” notes Portland Parks & Recreation Interim Director Kia Selley. “So the game helps people who are new to Portland engage with the city’s culture and communities. For young soccer players, teams provide community and valuable social support, encouraging positive choices during the transition to a new life. The tournament itself is a celebration of turning challenges into opportunities, and of building unity.”

The Portland World Cup Soccer Tournament celebrates community, civic and economic engagement, diversity, partnerships, and helps with the integration of recent immigrants and refugees. PP&R’s showcase soccer tournament for New Portlanders also connects families who are new to Oregon with public services and resources, and to the broader Northwest community to which they now belong.

“One in eight Portlanders was born in a country other than the United States,” adds Commissioner Fritz. “The Portland World Cup Soccer Tournament is a wonderful, multicultural celebration, a way for young people who are new to Portland to become engaged with and connected to City tools and resources. As the Men’s World Cup is under way in Russia, it’s particularly delightful we’re growing the game for both men and women here in Portland to celebrate diversity in the universal language of soccer.”

Portland Parks & Recreation is pleased to acknowledge the partnerships of wonderful partners to make this annual event a reality, including:

About the Parks for New Portlanders program

The Parks for New Portlanders (PNP) is a program initiated by Portland Parks & Recreation with goal of providing recreation opportunities for immigrant and refugee communities. PNP works with community partners and city leaders to design culturally relevant programs and make sure services and spaces are welcoming and accessible to communities of color, new immigrants and refugees.

With one in five Portlanders being foreign-born, addressing the needs of this new and diverse population is crucial as they transition to Portland’s community. The PNP program hosts sporting events like Portland World Cup Soccer in the summer and Intercultural Basketball Tournament in the fall, to assist new Portlanders access Portland Parks & Recreation services in effort to promote greater integration into Portland’s community and create a sense of belonging.