A project report brought to you by the Cully Tree Team.

By 2014, while the ash trees were doing well, many of the birches were showing signs of stress, with die-off in the crown. During the severe winter of 2016, ice and snow caused some trees to fall. 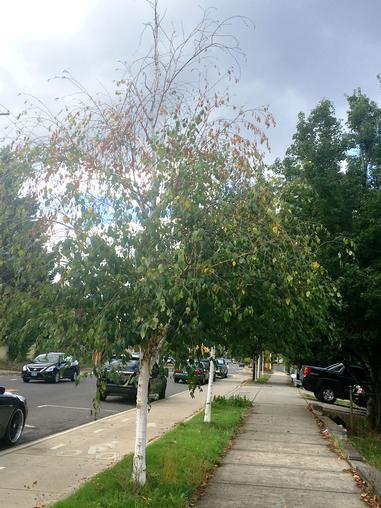 The Cully Tree Team began to interview residents adjacent to the birches in early 2017. Many expressed frustration, feeling that they had tried to care for their relatively new trees, only to have them start to die. One homeowner replaced their three dying birches during a 2017 Friends of Trees planting. Arborist Jim Wentworth-Plato, of Emerald Tree Care, evaluated the remaining declining birches, and found all were infected with the bronze birch borer. 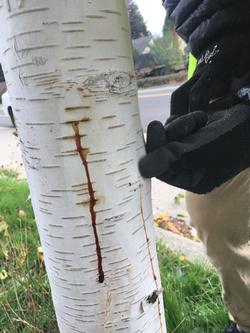 Sap oozing from the bark of birch trees affected by bronze birch borer.

Seven households adjacent to the ailing trees were visited to explore the possibility of tree replacement, and presented with the arborist’s written evaluation. Conversations with the affected households revealed renters (four trees) and homeowners (11 trees) who were predominately low-income and/or had disabilities, along with significant financial barriers to tree replacement. Five of the seven households responded positively to the idea, but most had either financial or physical barriers to replacing their trees without help.

A Partnership is Formed

As Urban Forestry Neighborhood Tree Stewards, Cully Tree Team was able to secure Urban Forestry Stewardship Support for the permits, the removal and stump grinding of the affected trees, and the replacement costs for replanting. Cully Tree Team assisted with permit submission, obtaining bids for tree removal, and coordinating the ordering process for tree replacement with Friends of Trees. 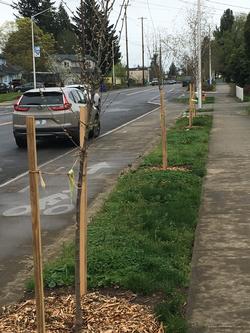 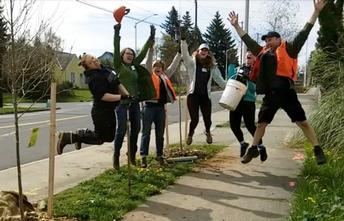 Watering newly planted trees in their first few years in the ground is essential for their survival. Conversations with the owners of these new trees revealed some barriers to watering the trees. For example, one of the residences (the oldest house in the Cully neighborhood) has no outdoor water supply, and the distance from their water supply to the trees is greater than 100 feet. Other barriers included personal limited mobility. To facilitate watering, additional funding was obtained from East Multnomah Soil and Water Conservation District to have nine of the 12 trees watered for two years.

Since Cully Blvd. is a major thoroughfare bisecting the Cully neighborhood, replacement of these trees will benefit all those who travel that route by bike, car, or on foot, as well as the adjacent property owners. A diverse selection of trees that are less susceptible to disease should lessen the chance of major tree loss along that route. In addition, tree form was carefully considered to minimize the impact of branches impeding bicycle passage. The Cully Tree Team will monitor tree health and survival, and will continue to promote proper tree care with residents. 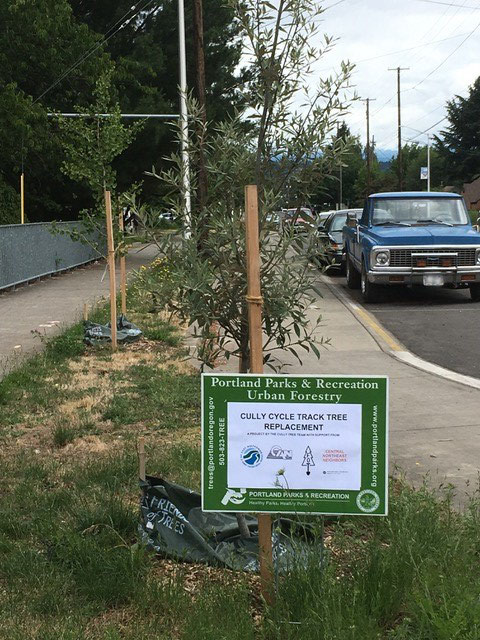