Columbia Park stands in the heart of North Portland at the intersection of the Portsmouth, University Park, Kenton, and Arbor Lodge neighborhoods. At just over 35 acres, Columbia Park houses mature Douglas-firs and lindens, sports fields, and a historic cottage, serving as an important shared community space for North Portlanders. 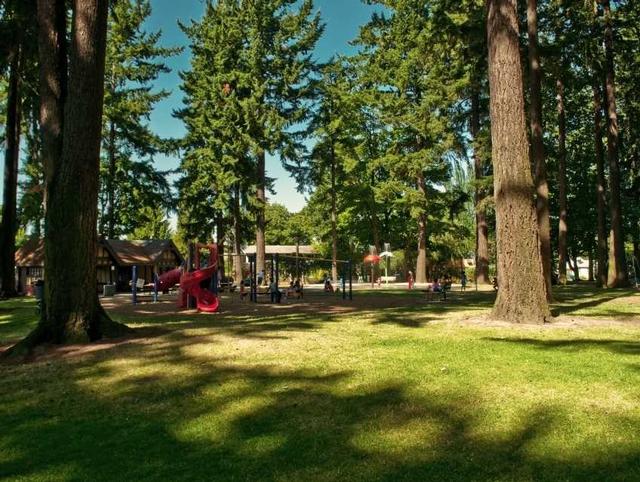 Initially a woodlot owned by the City of Albina, Columbia Park was intended to be developed as Albina’s first park. However, it wasn’t until 1891 when Albina, East Portland, and Portland consolidated into one city that Portland’s novel park system began developing Columbia Park into the park we know today. Over the next century, this woodlot would transform into a city park which reflected the needs and desires of the local community.

As Portland’s park department developed in the early 1900s, so did Columbia Park. In 1908, Emanuel Tillman Mische, a landscape architect at the famed Olmstead Bros. firm, was appointed Park superintendent and oversaw the construction of Columbia Park. He intended for the park to remain rural and informal and trimmed interior Douglas-firs for views while letting others grow low branches, a practice that is often avoided by park planners. In 1909, the head gardener for Washington Park, G.H. Hoch, oversaw design plans for Columbia Park inspired by a famous park in Berlin, Germany. 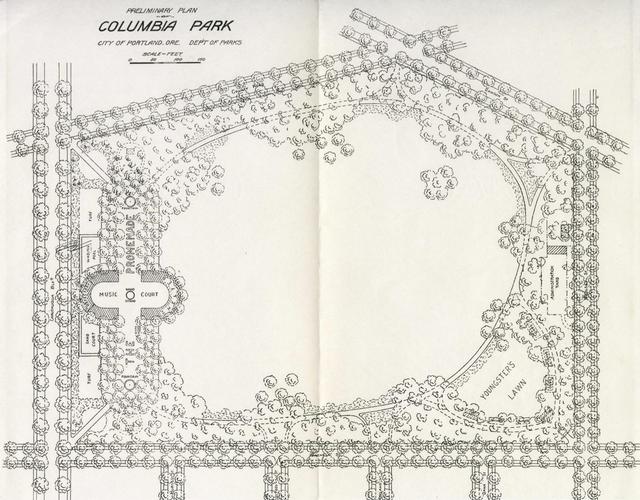 The 1910 plan for Columbia Park included many elements seen today

This initial park design included a large central lawn for sports, a separate lawn for children, sandboxes, wading pools, and a music court where the swimming pool is now located. Under Mische’s direction these plans were realized on the ground and additional fountains, comfort stations, a playground, and fences were all built and new trees were planted. 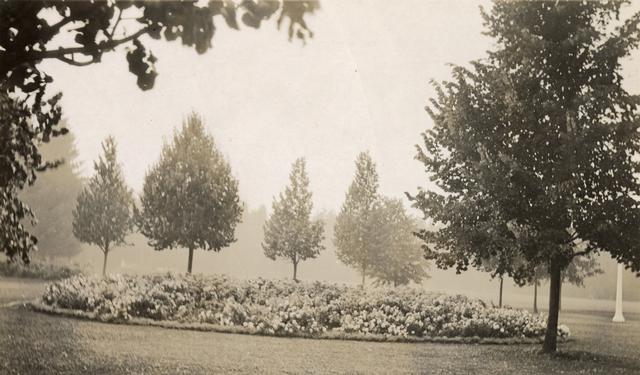 Young lindens in 1920, many of which can still be found in the park nearly 100 years later

As the local rivers became too polluted to swim in safely, Portland Parks and Recreation began building pools in parks. Columbia Park pool was originally built as an outdoor pool in 1927 and was converted to indoor use in 1975.  In addition to providing a safer place to swim, the pool played a role in the desegregation of Portland’s public spaces. North Portland has historically been home to many of Portland’s communities of color and beginning in the 1960s the Columbia Pool served as a primary public space where all of Portland’s residents could recreate together. 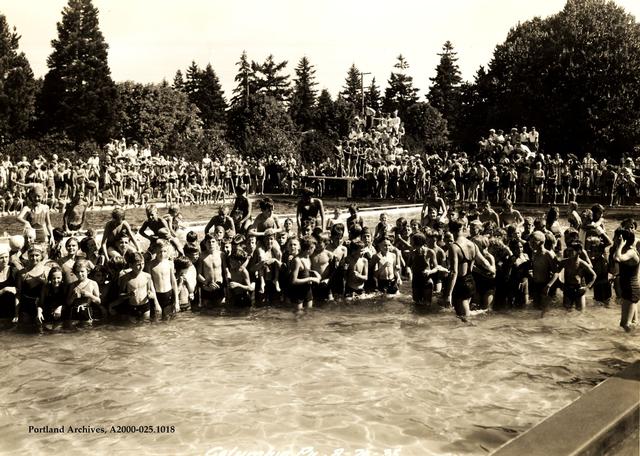 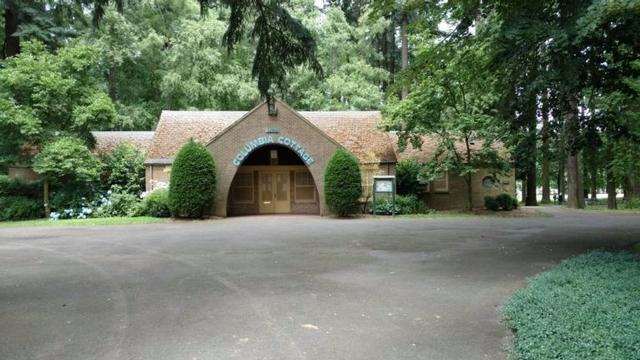 This summer, Urban Forestry is partnering with Friends of Columbia Park to conduct a Park Tree Inventory at the park. Over the course of two inventory workdays, volunteers and tree enthusiasts will come together to map, measure, and identify every tree in Columbia Park. In addition to providing necessary data to continue maintaining the park’s trees, the inventory will add a snapshot to Columbia Park's already rich history.

Learn more about the Tree Inventory Project at our website  and register to inventory trees in parks across the city.