Portland Parks & Recreation invites all to a birthday celebration for Charles Jordan, the iconic former City Commissioner and Portland Parks & Recreation Director. Jordan was the first African American City Commissioner elected to the Portland City Council. The foundation and footprints of his extraordinary leadership are evident throughout the City of Portland, State of Oregon, and nationally. Jordan died in 2014.

WHAT:   Charles Jordan Birthday Celebration – a celebration of community 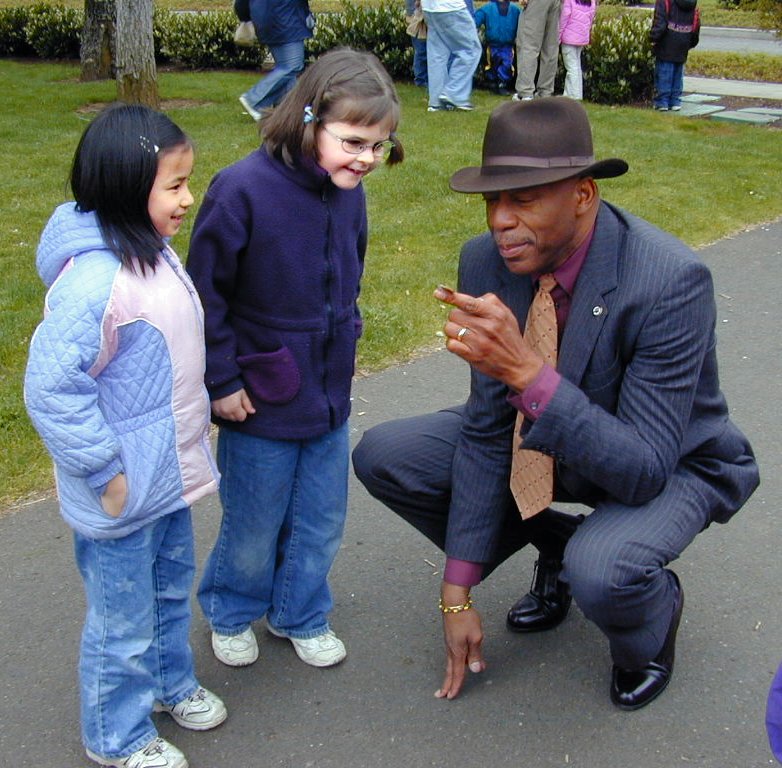 “Charles Jordan was a visionary leader, a mentor, and a friend,” says Commissioner Nick Fish. “We are proud to honor his family and his legacy.”

“My father’s passing left our family and our entire city with a tremendous void,” says Dion Jordan (Charles’ son), who will serve as the event emcee. “I’m honored to be a part of a celebration of his life. It’s fulfilling to honor his lifelong passions for children, families and the environment, and to come together as a city and a community.”

Portland Parks & Recreation (PP&R) Director Adena Long will join Dion Jordan and other honored guests for a short program of celebration at the event on Saturday, August 31, 2019. All ages are welcome for an afternoon of free activities - fitness, games, plantings, arts and crafts, a building tour, health and wellness checks, music, birthday cake and refreshments, and partner activities, info, and resources.

“Jordan’s legacy will last for generations,” says PP&R Director Long. “His foresight and efforts towards making parks and recreation inclusive for all Portlanders are unparalleled, and his work means a healthier Portland and a better quality of life for everyone.”

Charles Jordan’s book, More than Just Fun and Games, will be on sale at the event. All proceeds go towards scholarships for youth so they can take part in activities and classes at Charles Jordan Community Center.

“There never has, and there never will be, someone more deserving of this honor,” said Commissioner Fish at the time. “He was the person who took Portland Parks & Recreation to the next level. Charles Jordan is a champion for the environment and conservation nationwide. His commitment to children, families, and to building community is extraordinary.”

“His great saying was ‘Parks are more than just fun and games,’” says Michelle Harper, who worked with Jordan for years in several capacities. “He was a spiritual person with a strong connection to his church, and he saw us all as being connected. Portland’s parks were where we could come together to build community and family.”