Click here for a video on Verdell's life and the historic importance of the park's name change.

Portland Parks & Recreation and Mayor Ted Wheeler are pleased to announce that the former Lynchview Park (SE 167th Avenue and Market Street in east Portland) has been renamed Verdell Burdine Rutherford Park. This is the first Portland park named after a prominent and beloved Black female leader. The site recently underwent major improvements thanks to the 2014 Parks Replacement Bond and Parks System Development Charges. 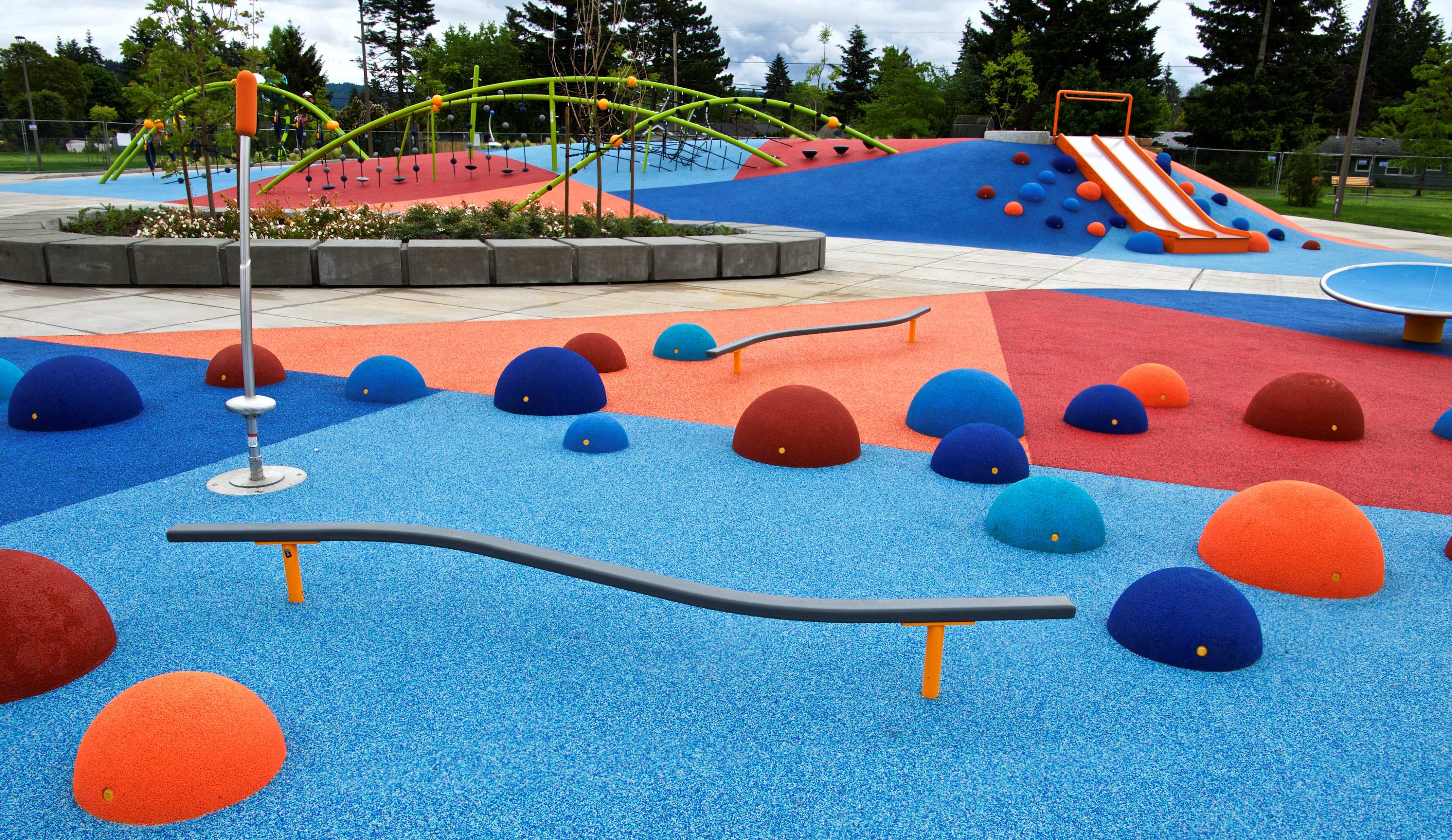 Above: a portion of the new Verdell Burdine Rutherford Park. Photo is courtesy of Naim Hasan Photography and Portland Parks & Recreation, Portland, OR.

“I am honored to recognize Verdell Burdine Rutherford’s role as a leader and historian for the Black community by selecting her name for the first Portland park named after a Black woman,” said Mayor Ted Wheeler. “This renaming is an important way to recognize her contributions to Portland and to show that Portland is learning from its racist past to create a more equitable future.”

Verdell Burdine (pronounced bur-DYE-n) was born in Oklahoma in 1913 and moved with her family that same year to Oregon, who hoped to get farmland under the Enlarged Homestead Act of 1909. Upon arrival, they learned that Black people were prohibited from owning free land in Oregon.

In 1936, Verdell married Otto Rutherford and settled in Portland. Together, they were leaders of the Oregon chapter of the NAACP, a national civil rights organization, and oversaw one of the NAACP’s biggest victories – the passage of the Public Accommodations Act of 1953 which outlawed discrimination in public places on the basis of race, religion, or national origin.

Rutherford was also a historian of the Black community in Portland. In 2011, a decade after Verdell’s passing, her daughter, Charlotte, gifted her historical collection to Portland State University. It remains accessible for academic research and public use as desired by Verdell.

“Mom rightfully considered herself a local historian,” said Verdell’s daughter, Charlotte Rutherford. “She was that and so very much more: a beautiful woman with a kind heart and a wonderful sense of humor; a very good cook, especially her yeast rolls; and most importantly to and for me, a loving, supportive and inspirational mother. She was a hardworking volunteer and community activist who did not seek the limelight, but she would have accepted this honor humbly, knowing that this park will provide a place for the community to gather together.”

“Our parks are more important now than ever for our community during COVID-19 by providing places for play, reflection, and relaxation,” said Portland Parks & Recreation Director Adena Long. “This new park name and its improvements create a more welcoming and much-needed community space for the Centennial neighborhood. The City thanks Portland voters for overwhelmingly approving the 2014 Parks Replacement Bond, which made this project possible. I look forward to celebrating this new gem in East Portland when we can gather safely as a community.”

About the newly developed park

Due to the current COVID-19 situation, there are restrictions and/or closures on many Portland Parks & Recreation sites. All PP&R playgrounds are closed at this time. All parks, natural areas, and trails remain open for use. Please follow ALL public health guidelines and maintain 6 feet of social distancing with other park and trail users, including PP&R staff who are out working. For updated information on closures and cancellations, please visit portlandoregon.gov/parks/COVID-19

A community celebration at Verdell Burdine Rutherford Park will be held at a later date.

The Verdell Burdine Rutherford project page is at portlandoregon.gov/parks/73739.