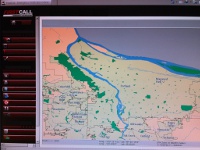 The City of Portland is giving communications vendor First Call a chance to re-test the city’s emergency notification system. The exercise is scheduled to begin at 11:00 a.m. Thursday, February 9, 2012. The first, failed launch of this test occurred late last month. During that attempt, First Call, the operators of the system, reached less than one percent of the roughly 317,000 devices attempted.

“Clearly, it’s disappointing First Call failed to meet its obligation during the first citywide test. But this is why we test systems in advance of an actual emergency,” said Portland Bureau of Emergency Management (PBEM) Director Carmen Merlo. PBEM serves as the notification system’s administrator. “The ultimate goal is to have a high-functioning alert and notification tool, something that gives us confidence we can communicate to any number of residents during a major emergency.”

Thursday’s re-attempt will confirm whether First Call successfully resolved the technical issues that hampered its ability to send a single test message to all landline phones, as well as all cell, text and email subscribers who voluntarily registered their contact information at PublicAlerts.org. First Call has had success launching notifications to residents during small-scale emergencies over the past year-and-a-half. For this upcoming re-test, First Call estimates it will need up to three hours to contact every device in the system.

Merlo encourages Portlanders to register for this test and all future notifications by signing up at http://www.publicalerts.org/. Personal contact information provided during registration is kept private and used only for the purpose of sending geographically tailored emergency messages.