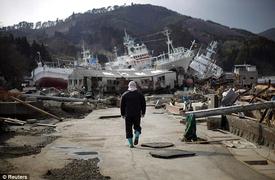 March 11, 2012 marks the first anniversary of the most powerful and catastrophic earthquake in Japan’s history. The 9.0 magnitude quake was the fifth largest ever recorded, leading to both a tsunami and a nuclear crisis. The entirety of the events is now regarded as the one of the worst disasters in world history.

Occurring on a Friday at 2:46 p.m. Japan Standard Time off the coast of the country’s largest island, Honshu, the 2011 Tohoku Earthquake moved the island eight feet to the east, shifted the earth on its axis by an estimated four to ten inches and may’ve actually shortened the length of the day by 1.8 microseconds.

During the past year, the ways in which this earthquake shook the world have become uniquely clear across the globe. Geologically speaking, the Pacific Northwest’s Cascadia region is a mirror image of the region where the Tohoku quake happened. Based on historic time cycles, the Cascadia subduction zone extending from the California coast north to Vancouver Island is due anytime for a Tohoku-sized earthquake of 9.0 magnitude or greater. The last Cascadia event occurred January, 1700.

VIDEO: What Tohoku teaches us about Cascadia

Earthquake catastrophes across the planet are focusing Oregon’s attention on understanding, preparing for and surviving such a destructive event. Oregon Governor John Kitzhaber has proclaimed March earthquake and tsunami awareness month. The state plans to issue bonds this summer for a grant program to fund seismic upgrades at seven schools. Oregon legislation initiated since the Tohoku quake will institutionalize the state’s responsibility to improve school facilities and help develop an Oregon Resilience Plan.

Here in Portland, the Portland Bureau of Emergency Management (PBEM) and the Portland Bureau of Development Services (BDS) are educating neighbors about how to seismically strengthen their homes. Classes are now offered once every quarter in various neighborhoods. PBEM is currently updating its earthquake plans and studying the vulnerabilities of local energy systems.