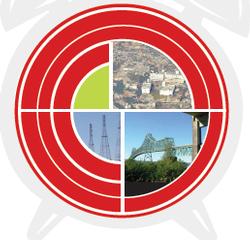 The Governor's Task Force on Resilience Plan Implementation submitted recommendations to the Oregon State Legislature on how to help prepare Oregon for a major Cascadia Subduction Zone earthquake. Experts have long predicted that Oregon is due for a major 9.0 or higher earthquake, and the recommendations of the task force are aimed at helping prepare the state in critical a reas for a disaster of this magnitude.

"We have a clear plan for what needs to be done, and now is the time to take our first significant steps forward," said Scott Ashford, dean of the College of Engineering at Oregon State University, chair of the Governor's Task Force, and an expert on liquefaction and earthquake engineering who has studied disasters all over the world, similar to those that Oregon will face.

The Task Force was formed as a result of Senate Bill 33, legislation that established a task force charged with implementing the recommendations of the Oregon Resilience Plan. The Oregon Resilience Plan was released to Oregon legislators in 2013, and outlined earthquake vulnerabilities in the state. The recommendations of the task force include capital expenditures toward infrastructure, increased focus on developing community resilience, and structural improvements to critical facilities.

"The challenges we face are enormous but I really believe Oregonians are ready to take an important step toward resilience. This is our chance," said Ashford.

Some of the task force recommendations include establishing a Resilience Policy Advisor to the Governor, providing the state with ongoing, long-term, statewide resilience oversight along with increased funding for training and education for decision makers in the public, private, and non-profit sectors and additional dollars for teaching disaster preparedness in public schools.

The report and supporting information can be found at: http://www.oregon.gov/OMD/OEM/Pages/Resilience-Taskforce.aspx.