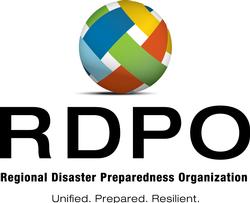 Several local and regional governments in the Portland-Vancouver metropolitan region formally launched a new public-private-non-profit organization devoted to creating a secure and disaster-resilient region. Known as the Regional Disaster Preparedness Organization, or “RDPO” for short, participants include the City of Portland, Clackamas, Clark, Columbia, Multnomah, and Washington counties, Metro, Port of Portland, and TriMet along with other cities and special districts in the region.

The RDPO offers a venue to bring together elected leaders, public safety officials, emergency responders, planners, and the wider community to work toward a shared goal of making the region more prepared for a disaster, including a major Cascadia earthquake. Initially formed in 2012, the RDPO became official this January when TriMet, the group’s eighth and final core funding partner, voted to ratify the agreement.  More than a dozen other local jurisdictions, along with several private and non-profit sector organizations, are also expected to formally join the RDPO in 2015.

“We live in a region with many interdependencies, including our hospitals, telecommunications and transportation systems. As was evidenced during the 1996 Oregon floods and the 2007 Vernonia flood, disaster response and recovery requires coordination of many partners,” said Tony Hyde, RDPO Policy Committee Chair and Columbia County Commissioner.

“A few years ago, local governments and private and non-profit sector partners saw a critical need to unify existing preparedness efforts,” said Hyde. “The formal adoption of the RDPO demonstrates our shared commitment to work as a region to make this happen.”

“The work isn’t flashy, but it’s vitally important toward getting us ready for the hazards we know will affect us in the future,” said Denise Barrett, RDPO Manager. “The RDPO has already achieved several major successes, including bringing together fire, law enforcement and other public safety agencies throughout the region to agree on a plan on how they would coordinate in the event of a major disaster.”

More information on the RDPO can be found at www.rdpo.org.