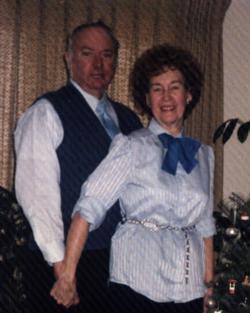 On August 29, 1988, police responded to a welfare check at 2612 N. Holman, which was called in by the granddaughter of the occupants of that residence.

Police entered the residence where they discovered the bodies of Robert Wheatley, 61, and Frieda Wheatley, 69, in the basement.  The medical examiner determined the cause of death as strangulation.  Detectives believe that the Wheatley’s died on August 27, 1988.

It is apparent from the crime scene that the motive was robbery.  There was no sign of forced entry.  The home was ransacked and a television set, ATM  card, credit card and the Wheatley’s light green 1979 Buick Regal were stolen.  The ATM and credit cards were used extensively in Northeast, North and Downtown Portland prior to the Wheatley’s bodies being discovered.  The Buick was recovered a few days later in a Jantzen Beach Shopping Center parking lot.

Investigating Detectives believe that there are people in the community that have information about this crime.