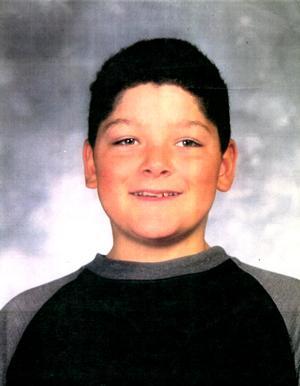 Emergency medical personnel responded to the address of 6531 SE 48th Avenue.  There, they found Joshua Michael Jeffries.  Joshua died of the injuries he had received.  An autopsy revealed that Joshua died of a single gun shot wound.

Joshua was an 11-year-old boy who attended Lewis Elementary School and had just completed 6th grade.  He was 5 feet tall and weighed 110 lbs.  He had no criminal record, there was no record of drug or alcohol use and no record of gang membership or activity.  He had numerous friends that were mostly his own age and who lived near him.  Investigators did not discover any feuds or violent disagreements that Joshua was engaged in with anyone and no threats had been made against Joshua by anyone.  Family members described Joshua as a good kid who everyone loved.

Based upon blood evidence at the scene, it is apparent that Joshua was in his bed when he was shot and very likely sleeping. There is no apparent motive for this heinous crime.