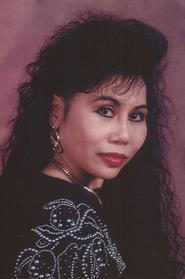 On July 25, 1993, at approximately 12:34 p.m., residents in the area of the 1400 block of SE Belmont heard gunshots.  A neighbor left his apartment and went across the street to 1403 SE Belmont, a video rental store.  On the sidewalk in front of the store, he found the owner, Thang Thi Nguyen, also known to neighbors as “Lilly,” lying on the sidewalk.  She was bleeding and obviously seriously hurt.  She said to the neighbor, “They killed me, they killed me.”  911 was called, medical personnel responded and transported Ms. Nguyen to the hospital, where she later died.  An autopsy determined that Ms. Nguyen died of gunshot wounds.

A passing motorist that day notified police later that he saw two Asian males running from the area at about the time of the shooting.  Another motorist had driven by the store earlier in the day and saw two young Asian males standing at the door of the video store.  A white midsize vehicle may be associated with these two males.  Based upon Ms. Nguyen’s statement that “they” killed me, investigators believe that it is likely that more than one person was involved in this shooting.

Ms. Nguyen was known to many in the area and described as “the nicest person in the neighborhood”.  Her family told investigators that she was not the kind of person to resist if someone was trying to rob her.  She would just give them the money. Investigators are unsure if robbery was a motive, but believe that Ms. Nguyen’s purse may have been taken.