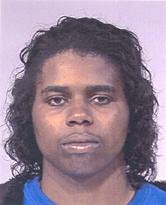 On May 11, 1994, at approximately 1:20 a.m., Tyrone Marquette Hayes was in his bedroom in the 5800 block of NE Killingsworth Street.  Tyrone and his girlfriend were talking when shots rang out from the street.  As Tyrone stood up, he was shot in the head.

911 was called, emergency personnel responded and Tyrone was transported to a local hospital.  Responding police officers located numerous bullet strikes to Tyrone’s residence.   Two vehicles parked in front of the residence also suffered damage from bullet strikes.  Investigators believe the gunfire originated from the street in front of Tyron’s residence, and was a classic drive-by shooting.  Tyrone’s girlfriend was unharmed. Tyrone’s mother, who was sleeping in another bedroom in the residence, was also unharmed.

At the hospital, Tyrone had surgery and was in critical condition.  He later died as a result of the bullet wound to the head.

Neighbors reported seeing a dark blue or black vehicle hurriedly depart the area.  Investigators have been unable to determine if the occupants of that vehicle were responsible for Tyrone’s death.  The investigation continues.