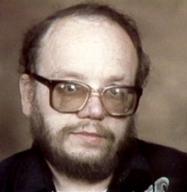 In the early morning hours of September 16, 1991, several residents in the area of SE 35th Ave/SE Salmon Street heard screams in the area of Sunnyside School at 3421 SE Salmon St. Calls were made to 911 and Portland Public School Police officers responded initially. There they found the custodian for the school, Robert T Duncan, deceased outside the school building near the flagpole. It was subsequently determined that Mr. Duncan died as a result of being stabbed. His wallet was missing from the scene and was later found several blocks away.

A witness in the area reported to the police that he heard screams and then saw a subject running from the school grounds wearing dark clothing, including a jacket which was possibly blue. Other witnesses in the area reported to the police that they saw a heavy-set black female subject, approximately 25-28 years old, approximately 5’3” tall, wearing dark clothing, who threw away an object which was later determined to be Mr. Duncan’s wallet. These witnesses saw the female subject walk onto the gas station lot at SE 39th Ave/SE Belmont Street. Another witness told police he saw an African-American female subject in her 40s on the service station lot. She was wearing a dark blue security guard type jacket with a fake fur collar. The jacket had an emblem on it.

Mr. Duncan had been employed by the Portland Public Schools for approximately 15 years and had worked as the custodian at Sunnyside School for several years. Mr. Duncan, who was 50 years old when he was killed, also cared for his disabled wife.