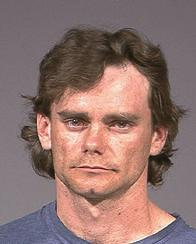 On May 6, 1996, at approximately 2:50 a.m. police responded to a disturbance on North Buchanan at North Olympia.  When they arrived, they found Roger Lynn Beedle on the parking strip dead at the scene, stabbed and beaten.  Mr. Beedle was 30-year-old white male who was known to be a frequent drug user in the North and Northeast areas of Portland.

Witnesses say they saw a white male, in his 20’s, 6’1, 200 lbs., stomping on Mr. Beedle’s chest saying “shut up.”  This suspect left the scene on foot southbound on North Buchannan with two other African-Americans, both in their 20’s about 6 feet with medium builds.  A vehicle of interest is a red or maroon 80’s Buick Regal or Chevy which left the scene soon after this incident.

Police believe robbery and/or drugs are the motive for this homicide.