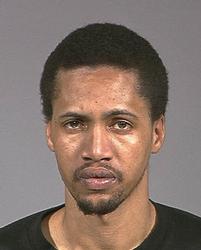 On July 7, 1996, at approximately 3 a.m., Michael West was riding in a vehicle that was stopped at the intersection of N. Willliams Avenue and NE Alberta Street for the traffic light.  When the light turned green, the driver of the vehicle heard some gunshots, yelling and more gunshots.  He looked around and saw that two of his three passengers had been wounded.  He immediately drove to Emmanuel Hospital to obtain medical care for his passengers.

Once at Emmanuel, emergency medical personnel contacted the police because the injuries that were suffered by the passengers were the result of gunshots.  Police responded and were advised that one passenger suffered non-life threatening injuries while Michael Arvell West was deceased.  Michael West and the other injured passenger had both been riding in the back seat of the vehicle.

A later autopsy revealed that Michael West died as a result of gunshot wounds to the brain.  Michael West was a 28-year-old African-American male, 5’10”, 170 lbs.  Earlier that evening, Michael had encountered some “Bloods” gang members at a nearby tavern.  Michael appeared to know these people, but there didn’t seem to be any animosity at the time.