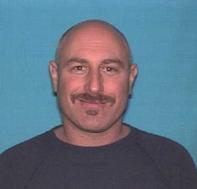 In 1999, Mark Jeffrey Dribin worked for United Airlines at PDX.  On July 2, 1999, Mr. Dribin called his employer and requested the night off, as he had a ”personal emergency.”  Mr Dribin has not been seen or heard from since.

Mr. Dribin,  a 42-year-old white male, 5’6”, 160 lbs with a shaved head, was a very responsible worker and not known to miss shifts or to disappear for any period of time.  He was close to his parents and brother and has not contacted them since 1999.  His family and friends do not believe that he simply left town.

Investigators went to Mr Dribin’s residence.  They found that numerous items were missing from the house and that Mr Dribin’s vehicle had been taken.  The vehicle was recovered approximatel;y 2 weeks later in an area that Mr. Dribin did not usually frequent.  Based upon Mr Dribin’s extended absence, his sterling work record and the lack of contact with his family, detectives were concerned for his safety.  Further, investigators discovered physical evidence at the Dribin residence in the 3600 block of NE 137th Avenue  that led them to believe that Mr Dribin is deceased.