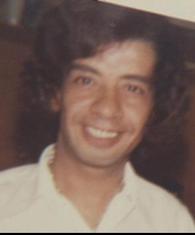 On September 7, 1988, while walking across the Hawthorne Bridge, a young woman smelled something decomposing.  She looked down off the bridge and observed what she thought to be the arm of a person below, beneath the south edge of the SE Water Ave on/off ramp at the east end of the Hawthorne Bridge.  The police were contacted and discovered the partially decomposed body of a male, who was later identified as Lenoed Joseph Santiago.

Lenoed Joseph Santiago, a 49-year-old gay Hispanic male, was 5’6:, 136 lbs, and was a sailor and civilian employee of the US Navy.  He was assigned to the ship, the USNS Andrew J. Higgens, which was in dry dock on Swan Island.  He was last seen alive by his shipmates leaving the ship on August 16, 1988.  At that time, he was supposedly carrying a considerable amount of cash.

An autopsy determined that Mr. Santiago died of a severe beating.  Numerous bones in his body were broken and there was a significant amount of blood spatter where Mr. Santiago’s body was recovered.  There was no cash on his person when the body was discovered.

A person of interest at the time, Matthew Delbert Loehr, was interviewed by investigators, admitted knowing Mr. Santiago, but denied complicity in his death.  According to relatives of Mr. Loehr, Mr. Loehr did come into some unexplained money around the time Mr. Santiago could have been killed.  Mr. Loehr has since died as a result of a drug overdose.  Investigators would like to talk to acquaintances of Mr. Loehr to determine if he ever said anything to anyone about Mr. Santiago, Mr. Santiago’s death or the death or beating of anyone.