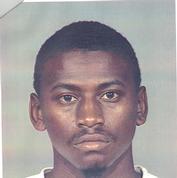 On January 1, 2007, at approximately 2 a.m., a group of people were standing on the corner of SW 4th Avenue and Stark Street when a vehicle drove by northbound on Stark Street.  This vehicle was variously described as a light-colored or dark-colored vehicle.  The most likely description is a vehicle that was dark in color and a luxury type car, perhaps an Acura, Mercedes or something similar.  The vehicle was a 4-door with tinted windows and a round emblem on the trunk.

All the witnesses generally agree that a white male in the right rear passenger seat was yelling at the subjects on the sidewalk.  The vehicle stopped at the red light at SW Stark Street, whereupon Jermaine Davis and two other subjects approached the open right rear window of the vehicle to confront the passenger.  A physical confrontation occurred with one or more of the subjects punching through the window at which point a shot rang out, apparently coming from within the vehicle.  The vehicle fled eastbound on Stark and Mr. Davis and his companions fled south on the east sidewalk of SW 4th Avenue.  Mr. Davis reached the sidewalk, collapsed and died just north of the City Sports Bar.

Jermaine Niron Davis was a 24-year-old African-American male, 5’8”, 160 Lbs.  He was known to frequent the downtown area.

The best suspect description is a white or Hispanic male, with a mustache, goatee and dark brown hair.