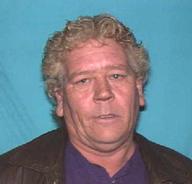 On April 10, 1999, the body of Karl Everett Kneedler was discovered at 2228 NE Alberta Street.  Mr. Kneedler stayed in a makeshift apartment in that building, but its main purpose was the Clubhouse for the Brothers Free Motorcycle Club and a repair facility for motorcycles.  Mr, Kneedler’s body was discovered by Walter Holland, a part owner of the building.  Mr Kneedler’s body was on the floor of his apartment, and he had died of gunshot wounds.

Earlier that same week, the body of Laurie Larson was found in Mr. Kneedler’s apartment.  Mr Kneedler had called the police and told them that Ms. Larson had come to his shop, and asked to lie down because she wasn’t feeling well.  He checked on her approximately 20 minutes later and found her not breathing and non-responsive.  Emergency medical personnel responded and found Ms. Larson was deceased.  An autopsy revealed that she died of a drug overdose.  It is unknown if these two deaths are related.

Investigators were able to determine that Mr Kneedler was last seen alive on April 9,1999,  in the early evening hours accompanied by a man named “John.”  “John has never been identified and investigators would like to speak to him about any information he might have regarding Mr Kneedler’s death.