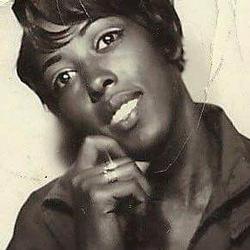 Ms. Carter was a 47-year-old African-American female who had moved Portland five months prior to her death to attend truck driving school in Tigard.  For the previous year, she had been traveling with her fiancé who was a truck driver and was pursuing her CDL to assist him. She chose the Portland area so she would be able live with and spend time with her eldest daughter and three grandchildren.

Glenda was the mother of three children who describe her as “always the funniest person in the room who would give you her last dollar if you needed it.  You wouldn’t even have to ask.”  Even though she battled with addiction off and on, her children recall times where she was clean for years at a time and considered her a good mother.

Glenda had several acquaintances in the neighborhood and it is assumed her death was the result of a dispute over drugs.  At the time, it is said she had a boyfriend by the name of “Richard.” Police have very little information about him and have not been able to determine his last name.  He is not a suspect at this time, but a person the police would like to speak with about this crime.