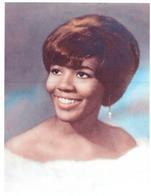 In the afternoon of September 8, 1973, Roy Lee Jernigan went to the address of 527 N. Ivy Street to pick up his 2-and-a-half-year-old son.  Upon his arrival, he approached the front door and entered.  He immediately saw the body of a female who appeared to have been beaten.  Mr. Jernigan began to search the house and in the bedroom, he discovered another body of a female who also appeared to have been beaten.  This female was the mother of his child.

Continuing his search, he found his son, alive and uninjured.  Police officers responded, took control of the scene and determined that both females were deceased.

These women were later identified as 21-year-old Gwendolyn Fulce, who had no criminal record and was an acquaintance of 24-year-old Delores Thompson (the mother of the child).  Ms. Thompson was the renter of the residence at 527 N Ivy.  Investigators interviewed numerous people, but were unable to identify any suspects at the time.  A motive for this double homicide has yet to be determined.

Delores Thompson’s son, who was spared by the killer or killers of his mother, is now 41 an adult.  He would like to know why his mother and her friend were so brutally murdered.