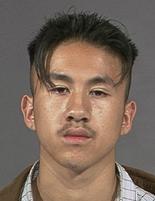 On February 6, 1999, approximately 1:55 a.m. 20-year-old Hien Minh Pham was stabbed in the parking lot of Taco Bell, located at 4933 SE Powell Blvd.  He survived his wounds initially, but later died at the hospital.

Mr. Pham had been socializing with his friends the evening he was killed.  They all decided to get something to eat at Taco Bell and took two cars. Mr. Pham was in the drive thru ahead of his friends who were in a different car.  A couple of Asian males approached Mr. Pham’s friends in the car behind and assaulted the driver.  Mr. Pham got out of his car to assist and was surrounded by 6-7 other Asian males who proceeded to assault Mr. Pham. As a result of this assault, he was stabbed and later died at the hospital.

Suspects left the scene possibly driving a light purple Honda Civic and a dark blue Honda Accord.  All suspects are Asian male’s ages between 17-20 years old at the time, wearing red shirts and belts.  It is believed the Mr. Pham was an associate of an Asian Gang and this may be the work of a rival Asian Gang.