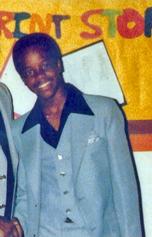 On January 1, 1985, Portland Police Bureau patrol officers were flagged down by two subjects who had found a body in a car parked in an industrial area on N. Portland Road between N. Columbia Blvd and N. Marine Drive. The body was later identified as 20-year-old Kenneth Wesley Boyer, an African-American male.

Kenneth Boyer had a criminal history and it is believed he had a falling out with one of his associates who is responsible for this homicide.