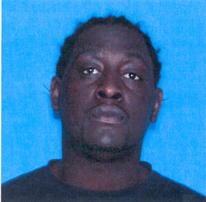 On July 27, 2005, at approximately 9:50 pm, Eyo Nyong, who was also known as “Black” was standing near the parking lot of a bar located in the 3500 block of North Vancouver Avenue.  Witnesses told the police that Mr. Nyong was approached by two African-American males and became engaged in a conversation with them .  It was apparent to the witnesses that Mr. Nyong knew these subjects and had talked to them before.

As Mr. Nyong was talking with the two males, one of  them pulled a gun and fired.  Mr. Nyong was shot in the head, fell to the ground and died.  The suspects fled North on North Vancouver Avenue.

Mr. Nyong was a 26-year-old African-American male, who was well known in the area and often frequented that bar in the 3500 block of North Vancouver Ave. He left behind his mother, father and five small children.