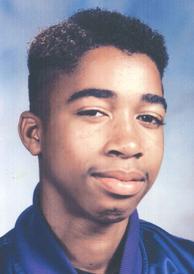 On November 11, 1994, at approximately 11:30 p.m., a group of 6 young men were returning from Lloyd Center on the bus.  They got off the bus at NE 15th and Going.  As they were standing on the corner, a car pulled up and shots rang out.  The group scattered, went to a neighbor’s residence and asked that the police be called.

When police arrived, they found one African-American male lying on the sidewalk with a gunshot wound to the head.  He was dead.  This person was later identified as 18-year-old  Darryl English.  He had been part of the group exiting the bus. Two other youths in the group were also injured in the shooting, but their wounds were not life threatening.

There were numerous witnesses to this shooting and police received a number of tips regarding the shooting.  No arrests have been made.  Based upon witness statements, it is likely that this is a gang-related incident.  It is unknown if any one person in the group was the intended target.

Investigators believe that numerous people in the community know about this shooting.