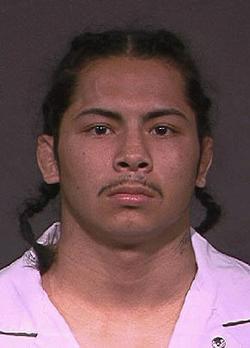 At approximately 4 a.m. on the morning of August 6, 1999, 22-year-old Michael Angelo Hernandez was seen by multiple witnesses arguing with at least one African-American male at the intersection of NE Mallory and Failing Street. Shots were fired and Mr. Hernandez was found deceased shortly after the shots were heard. Two African-American males were witnessed leaving the scene shortly after.

Mr. Hernandez has been reported to have been a known drug dealer with a criminal record related to drug and gang activity.

One of the males was described being in his early 20s at the time of the shooting, 5 foot 8 to 5 foot 11 inches tall with light brown skin. The other male has been described as slightly taller than the other male while having a more stocky build with dark skin and a shaved head.

It is possible that the argument between Mr. Hernandez and the African-American males may have been over drugs or a woman.