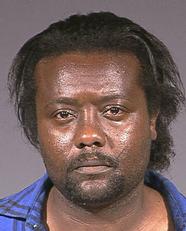 On December 3, 1998, at approximately 6:00 pm, Portland Police Officers pulled over a 1998 teal green Hyundai Accent for driving erratically on NE Shaver St., just east of NE Martin Luther King Blvd. The victim, 43-year-old African-American male Gary Lamont Smith, attempted to exit the vehicle despite bleeding heavily. An ambulance was called, but Mr. Smith had died before paramedics could arrive. Autopsy results show that he had died of a gunshot wound.

It has been reported that Mr. Smith had been a regular user of crack cocaine and was rumored to “rip off” individuals for drugs or money.

Witnesses report seeing the victim in his vehicle on NE Shaver St. west of NE Martin Luther King Blvd. speaking with an unidentified African-American man. Others also report that this unidentified man shot multiple times into the car before fleeing southbound. The unidentified man has been described as 18 to 25 years of age, 5 foot 8 to 5 foot 10 inches tall with a slender build.