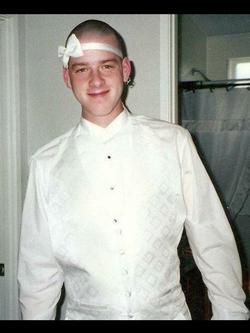 On August 9, 1997, Joshua Brewer, an 18-year-old white man, was at the southeast corner of SE Milwaukie and Powell Blvd with a group of associates when a group of unidentified Asian men pulled up at approximately 10:24 pm. A verbal confrontation began and started to become a physical altercation when a small white car pulled up. An unidentified Asian man got out of the car and began firing at the group. Joshua Brewer died at the scene, while two others were struck.

Joshua Brewer was reported to be a known member of the Westside Family Crips gang.

The unidentified Asian man has been described as being in his late teens to early twenties with black hair and blonde streaks.