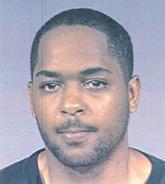 At approximately 9:37 am on May 20, 1997, Lonnie Gaston was standing outside his residence on the 5000 block of NE 26th Ave when an older model blue Ford sedan pulled up. Mr. Gaston, a 27-year-old African-American man, began to flee when the driver and sole occupant of the vehicle began firing at him. He was hit several times and died at the scene.

Lonnie Gaston was a former Los Angeles Crips gang member and was reported to be selling drugs in Portland near the time of his death. Mr. Gaston was not involved in gangs here in the Portland area.

The driver of the vehicle has been described as an African-American man, 5 feet 9 inches tall, heavyset with a mustache. Police believe that there were several witnesses at the scene and would like them to come forward with any information that they may have.