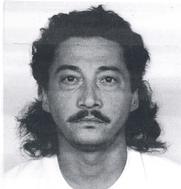 On August 31, 1993, at approximately 1:20 am, Portland Police Officers searching the area near the 8700 block of N Lombard Street in St. John’s encountered a man staggering in the street covered in blood. Portland Fire was called and the victim was pronounced dead on the scene. The victim, Norman Elias Aguillon, a 42-year-old Hispanic man, had been stabbed multiple times in front of 8703 N Lombard Street.

Multiple witnesses report seeing three subjects exit a vehicle and assault the victim while a fourth drove. The vehicle has been described as an early 70’s to 80’s dark-colored sedan that was heavily dented. The subjects have been described as Hispanic men in their mid-twenties while one was wearing a red football jersey.