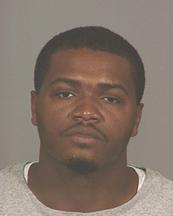 On July 26, 2003, at approximately 12:30 am, motorists driving Southbound on I-205 near Glisan observed what appeared to be a high-speed chase between two vehicles. One witness told police that he saw a red Impala drive past him in the right lane followed closely by a dark blue or black Volkswagen Jetta in the center lane. This witness said he saw a subject standing in the sunroof of the Jetta with his arm extended forward and heard 5 “pops.” The witness then saw the Impala strike the rear of an Acura which then spun. The witness exited the freeway and did not see what happened to the red Impala or the black Jetta. Other witnesses on I-205 described the chase as it continued South on I-205 past Division. They continued to hear gunshots coming from the small dark vehicle and all the witnesses described the shooter as a man, stocky with shaggy black hair.

Police were called and responded to the scene. They found that the red Impala had left the freeway and crashed near I-205 and Powell. Upon inspection of the vehicle. they found a subject deceased in the vehicle. He had been shot.

Subsequent information revealed that the subject driving the red Impala was named Robert Lee Thompson, Jr. Mr. Thompson was a  23-year-old African-American man.  His street name was Rob Dogg. An autopsy revealed that Mr. Thompson died of a gunshot wound to the head.