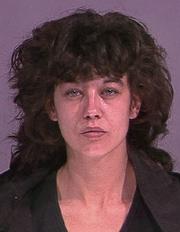 At approximately 11:45 am on the morning of January 19, 1999, a neighbor walking on SE Taylor St. noticed a suspicious canvas bag lying in the driveway of a vacant house that was for sale at 9145 SE Taylor St. Since the bag had not been present the previous day, the neighbor called the police. Police officers arrived to inspect the bag and found the victim, Veronica Sue James, a 24-year-old white woman deceased inside. An autopsy revealed that Ms. James had died of traumatic head injuries.

Veronica James was a reported user of methamphetamines and possibly engaged in prostitution to support her drug use. She was the mother of three young daughters at the time of her death.

Ms. James was possibly last seen near the intersection of SE 82nd Avenue and Stark Street on the morning of January 18.