Sign up for Community News and Events from the Portland Police Bureau. 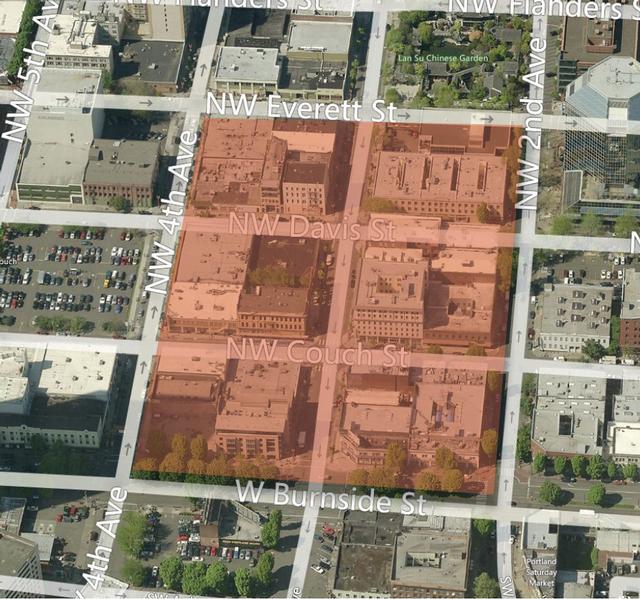 In December 2012, Mayor Sam Adams began a pilot program to address safety issues in Portland's Entertainment District--an area within Old Town. Since that time, City Council has voted to continue this program, where on Friday and Saturday nights, from 10 p.m. to 3 a.m., police close roads in this district, creating a pedestrian-only zone.

This area attracts large crowds of people to area nightclubs and bars.  The safety issues prior to the closure included large crowds packing the sidewalks and spilling over into the streets.  Police also were responding to calls of intoxicated people stepping out into traffic, urinating and other issues.  Since the closures, the Entertainment District has since seen a significant drop in offenses and criminal cases.

Mayor Hales has conducted town hall meetings and has formed a Stakeholders Advisory Council to address issues affected by the closures.

This map shows the regular boundaries affected by the closures; police have the authority to alter these boundaries and the time frame as needed.